In the ongoing struggle for equality, LGBT rights have inspired some amazing fictional and documentary films over the years. Here are the top benchmark LGBT films that got people talking around the world. 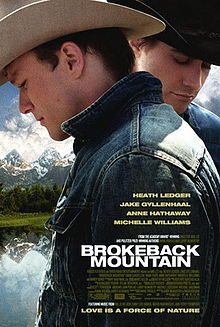 The year 2005 was just right to make this movie. Massachusetts, in 2004, became the first state to legalize same-sex marriage, the U.S. military was looking pretty weak without full inclusion, and Hollywood was untested when it came to workaday depictions of masculinity. Heath Ledger and Jake Gyllenhaal played Ennis and Jack, Wyoming cowboys, who shocked each other — and audiences — by having sex in a pup tent in the mountains. Debates on decency roiled across the news shows, critics rang in with support, people stampeded to local cinemas to see an old-fashioned love story of kisses, betrayal, and Old West archetypes reconstructed with two men at the center, deeply in love. It’s also just a fantastic film full of sadness and longing set against the gorgeous backdrop of the Rockies. END_OF_DOCUMENT_TOKEN_TO_BE_REPLACED