What started out as a complaint on Twitter about a flight delay turned into a massive shade-fest when Nathan Lorick, the director of evangelism for Southern Baptists of Texas Convention, questioned American Airlines’ use of the rainbow flag in its avatar.

Lorick initially tweeted about flight delays on American, which prompted the air carrier to reply back with an apology along with an assurance that he would be en route to his destination shortly. He followed up with an inquiry about “the rainbow colored image” on American’s profile photo. When the airline clarified that its Twitter avatar was in support of Pride month and the LGBT community, Lorick expressed his disappointment in “a poor choice from a company that certainly has many customers who do not agree with that lifestyle.” Although the tweets are no longer publicly viewable, the exchange was captured in screenshots. END_OF_DOCUMENT_TOKEN_TO_BE_REPLACED 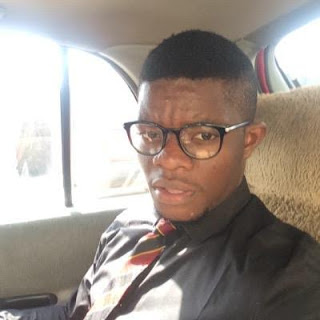 When konji hits and you’re in the office environment, what do you do? Well, this guy does this… END_OF_DOCUMENT_TOKEN_TO_BE_REPLACED 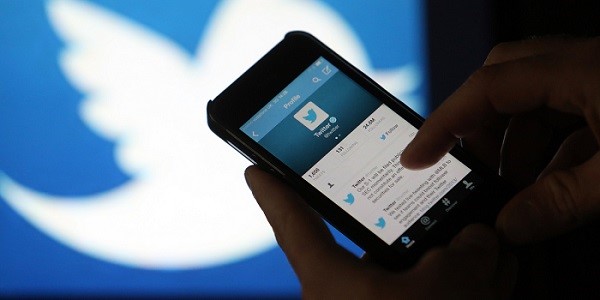 Now, Twitter has software that’s supposed to prevent serving ads on pages with adult content, but this hasn’t always worked. On top of that, let’s just look at the numbers here: It’s estimated that at least 10 million Twitter accounts are devoted totally to tweeting pornography, and that 1 out of every 1000 tweets is pornographic. 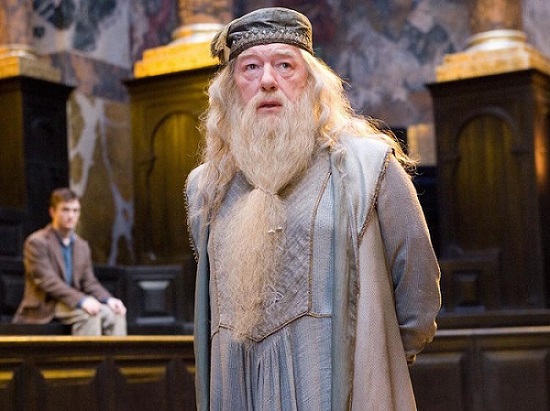 JK Rowling loves tweaking the Harry Potter universe even though the books are finished, and one of her biggest reveals came in 2007 when she said that Dumbledore was gay. Now, even eight years later, people are still having trouble grasping the fact that gay wizards exist.

Twitter user @anakocovic21 tweeted to the author asking how Dumbledore could be gay, when she just couldn’t see him that way. Rowling, as succinct as always when dealing with things like this, responded with, “Maybe because gay people just look like… people?” END_OF_DOCUMENT_TOKEN_TO_BE_REPLACED 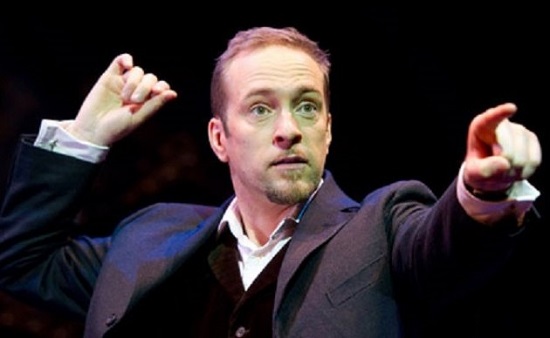 Derren Brown is a British illusionist and hypnotist who’s made a name for himself by having an uncanny ability to cut through the chatter to decipher alarmingly personal details from his audience.

He also happens to be gay, a fact which one homophobic Twitter follower, @HossamAlyyy, has only just become aware of. He fired off a series of nasty tweets to Brown, calling him a “sick human being” and a “fuckin faggot” among other uninspired insults.

Here are the Tweets: END_OF_DOCUMENT_TOKEN_TO_BE_REPLACED 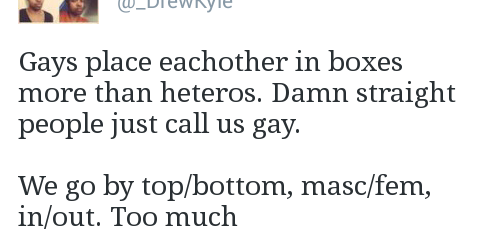 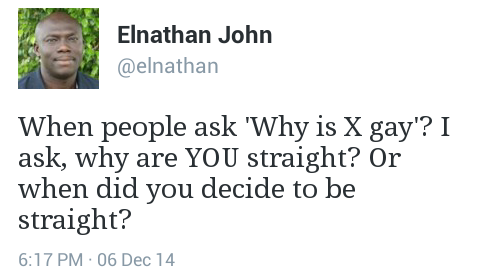 So Elnathan John, in all his wisdom, posted the tweet above. And below was one of the reactions to the tweet. END_OF_DOCUMENT_TOKEN_TO_BE_REPLACED

Lol. It’s very subtle, this shade. But it’s there nonetheless.

CNN anchor Anderson Cooper on Wednesday responded to a woman who told him that he should have remained in the closet.

The 47-year-old Cooper came out in 2012 after ducking rumors for years.

Lexie (@twinkleeyes2817) describes herself as a 26-year-old dispatcher on her Twitter profile. The lover of “music, technology, food, outdoors, gym, movies, sleeping, chocolate and more” has 9 followers on the social media site.

“@andersoncooper,” Lexie tweeted, “The world wasn’t interested in hearing about your sexual preference and it didn’t stop you from sharing it with the world.”

“@twinkleeyes2817 thanks Lexie,” Cooper messaged back, “pls tell me where I can get my photo airbrushed like yours, It’s awesome and looks almost lifelike!”

LMAO! That is the best shut-up-your-mouth response I’ve ever seen. And I checked the woman’s profile; the airbrushed photo had disappeared. I guess Cooper’s barb stung her real bad. Someone should have warned her that gay men can like to have a serious case of Bad-Mouth-ism. Lol!

The sheer idiocy in this tweet though. Some dude on twitter chose to express his opinion after he read the post about the Ugandan court upturning its country’s anti-gay law.