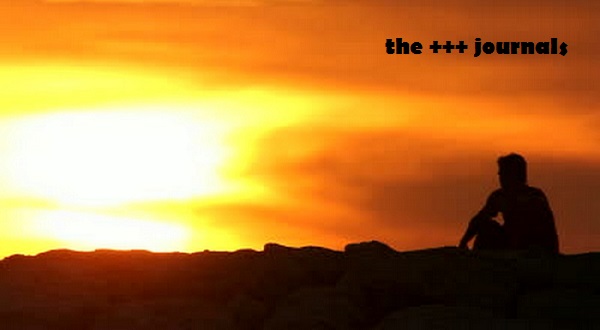 “We are going on a road trip!”

Josh laughed. It felt good to hear his throaty chuckle after a long time. (For someone who I was constantly in communication with, a few days without speaking or chatting with him always seemed like an eternity)

“Road trip ke? Where we dey go?” Josh replied with a yawn.

“Mumu!” he burst out with another laugh. “You have started throwing shade again ba, this early morning.”

“Haba! I am not throwing darkness of any sorts, oga. But really, anything beyond the Third Mainland Bridge is a road trip and I will not apologize for it!” I retorted.

“For your mind, you sef, you are forming Island Big Gehz, ba? You don’t even live in Old Ikoyi, Parkview or Phase 1 o! Your house and Epe, no difference. Dey there dey deceive yourself.”

I let out a hearty guffaw. It indeed felt good, talking to Josh. END_OF_DOCUMENT_TOKEN_TO_BE_REPLACED

FOREWORD: This has been a big week for the transgendered community. First, there was Caitlyn Jenner’s Vanity Fair cover, and then, Make Up For Ever unveiled its campaign with model Andreja Pejic, making her the first transgender model to land a major cosmetics contract. And now, another trans woman, Latina model Gisele Alicea, talks about her journey of claiming her true identity despite all the challenges that lay ahead. Much like actress Laverne Cox, who recently said that diverse representation is needed is the media, Alicea agreed. “I want to be treated like everyone else, with respect.” This is her story.

Years before I heard the term transgender, I was a seven-year-old boy who loved dressing up in girls’ clothing. Named William Alicea and raised with three sisters by a single Dominican mom in the predominantly Hispanic Hamilton Heights section of New York City, I knew even then how the Latino community expected boys to behave. I’d overhear my family say men shouldn’t cook or clean, because that was women’s work—and other such machista comments. And they definitely didn’t think boys should dress like girls. But I did it anyway. My mother didn’t love me prancing around in my older sisters’ clothes, but I know that she was just trying to spare me from being hurt.

Throughout childhood I had crushes on boys and knew that I was gay, but I didn’t tell a single soul. No one ever talked about homosexuality—ever! I was 15 when I came out to my school guidance counselor, who referred me to a support group at the Hetrick-Martin Institute at the Harvey Milk High School. When I finally told my mom that I was gay, we cried together. She tried hiding her sadness, but I could see right through it. END_OF_DOCUMENT_TOKEN_TO_BE_REPLACED 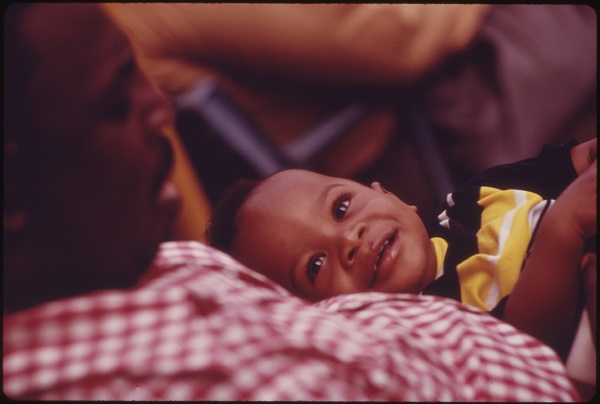 My dear adorable son, I love you very, very much. My love is without condition and I honestly hope that you’ll forever know that, no matter your age or how stubborn you’ll become, I’ll always love you unconditionally.

A recent incident has prompted me to write this open letter to you, and I do hope I’ll have trained you well enough to read it with an open mind.

While you were barely two years old, I went to a children’s birthday party with you. And feeling like a proud father, I took pictures of us and posted them online. A ‘friend’ saw the picture and gave me a call – two friends actually, but I’ll focus on the first. He said and I quote, “Guy, your son is too fine, way too fine. You better not send him to a boarding school. Send him to a day school, so we don’t get another gay convert. We already have enough gays; we don’t need to add your son as one more.” END_OF_DOCUMENT_TOKEN_TO_BE_REPLACED 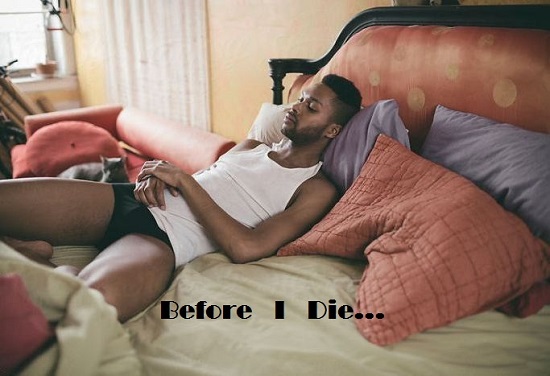 It is all I can think about. I can’t get the words out of my head. Although the e-book has told me what undetectable viral load is, I am not quite satisfied. I want to know all I can about it. It’s like finally getting admission after writing jamb eight times. It’s like winning the visa lottery. You know that feeling you get when you come home and your newly-wedded wife tells you she’s pregnant? Aha! That’s it.

Wait, my readership are gay men (and women). So, of course, most of you don’t now or intend to know that feeling. lol

Anyway, I’m not trying to quantify life or anything of that sort. I just want you to feel what I felt, or at least have an idea. The situations I just mentioned all have one thing in common. Can you guess? You probably can’t, because you’re not standing where I am standing. Well, I will help you. They all have this in common. They all either give you the chance of having a better life or moulding one. In general, you get to live a better, happy life. END_OF_DOCUMENT_TOKEN_TO_BE_REPLACED

I am walking through the corridor and I notice something. Everyone is staring at me, and laughing. I keep my head down and walk on straight. I don’t want to make any eye contact with anyone. The laughs are getting louder. They are even pointing at me now.

Then a voice calls me from behind. I turn and gape. It is Trey Songz.

He sounds as naughty as a busty blonde in skimpy nurse uniform.

I don’t make a sound. I am still shocked. I am just staring at him with my jaw slackened. He winks at me. He starts taking his shirt off, smiling the whole time. Then he then goes for his belt, he takes it out and holds it like a dominatrix’s whip. He lashes at the air with it twice. TAH! TAH!! And suddenly his pants fall off. He has on black briefs; the left and right sides are made with a net-like material, and the front side covering his big bulge is made of a nylon material. I don’t know where the music is suddenly coming from, but it is nasty.

“My milkshake brings all the boys to the yard… Damn right! It’s better than yours…” END_OF_DOCUMENT_TOKEN_TO_BE_REPLACED

Dad doesn’t say a word, at least not immediately. He sits heavily on his bed, then turns and looks at me. The silence is really awkward, and I just have to break it. So I continue speaking.

Me: I went for a test yesterday, and it came back positive.

Dad clears his throat, and finally says something.

Dad: Have you been sleeping with girls?

Dad: Are you a homosexual? END_OF_DOCUMENT_TOKEN_TO_BE_REPLACED

“Lights would guide you home

And ignite your path

Those are the words of the song I am listening to. It is Fix You by Coldplay, one of my favourite bands. The song is everything at this moment. It isn’t as though I am broken right now, but I feel as though I need to be fixed. My heart is beating, like I’m running from an angry homophobic mob, yet I’m wearing a calm face. I can’t afford to fall apart right now. Besides, my mum thinks she’s Batman, so I can’t give off any emotion to make her suspect something is wrong.

“And I will try… To fix you…” The song’s final words are followed by the soft thrum of a piano. I know it’s a piano because I have listened to the song thirteen times already. Then I look at the time and it is 2: 10 pm. My heartbeat increases. The lab scientist had asked me to come get my result by 2: 00 pm. I’m already dressed in the same clothes I wore to the lab yesterday. I put on my slippers and walk towards the door.

I know that Freedom Of Expression is a very valuable and catchpenny commodity in modern society, something the press and media hold dear and social media trolls revel in. And this post wouldn’t exist if that was all I had to talk about, because Kito Diaries has proven to be the home of everyone freely expressing their opinions, bandying them about and sometimes attempting to shove them down other people’s throats. All that I don’t mind. Oftentimes, these opinions have been marinated in cusswords and distasteful language. It’s a struggle, but I have made my peace with that too. It is something I’m after all guilty of.

But there is a line I want to draw.

Kito Diaries may be a hot bed of controversy, but it is what it is today because of the willingness of KDians to tell their stories and share them for the readership, delight, commiseration and admonishment of others. People who pen down write-ups, whether fiction, nonfiction or opinion pieces, know to expect either overwhelming support and pathos from the readers, or intense backlash for having something unpopular to say. And those who go ahead to write, in spite of the Big Bad Wolf known as KD commenters, are commendable. I know of some people who are still mining courage from within themselves to tell their stories, unsure what reaction to expect.

And indeed, all reaction is acceptable; freedom of expression is after all everyone’s precious toy to play with, right? END_OF_DOCUMENT_TOKEN_TO_BE_REPLACED 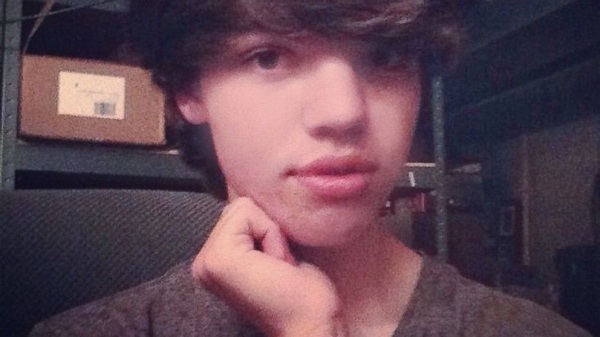 Seventeen years ago in Kings Mills, Ohio, a child was born into the Family of Mr. and Mrs. Alcorn. They named him Joshua. As a young child, Joshua was unusual; he was effeminate and loved to play in girl’s clothing. He loved dolls, long hair and other things that females are normally inclined to. At the age of four, he started feeling like a girl trapped in a boy’s body.

The family attended the Northeast Church of Christ in Cincinnati and Joshua was raised in a strict Christian home and was constantly fed with what most of our parents filled or do still fill us with – several doses of religious doctrines and ample bible texts.

At the age of fourteen, after several years of emotional torture living in the closet, he decided enough was enough, and decided to come out to his parents. He did and got a stern negative reaction from them. He also made it known to them that he wanted to be referred to as ‘she’ and Leelah, not Joshua. END_OF_DOCUMENT_TOKEN_TO_BE_REPLACED

FOREWORD: This is a follow-up on the idea of support proposed by Sensei. The idea is taking off. The official email address is kds.system14@gmail.com.

And this is a call for anyone who would like to volunteer as part of this virtual support system. The support system is comprised of three categories: members of the gaybourhood who are struggling with their HIV positive status, those recovering from Kito attacks, and those suffering from bouts of depression.

If you intend to volunteer as a counselor, simply send a mail to the address above, indicating your interest and which category you want to play a part in.

And if you are a brother (or sister) suffering through any of these three phases, kindly send a mail to the address above, and we’ll do our best to get you the help you deserve.

The KD Support System is all set, guys, let’s make it count.