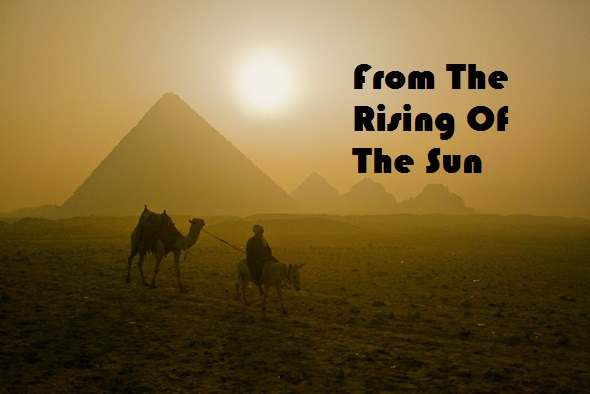 Atum was bored, and angry from waiting. He had just entered his chambers when he heard the blast of the welcome trumpet tune meant for prestigious guests. Without thinking, he ran back, as fast as he could to the balcony facing the sun gate to catch a glimpse of his assigned tormentor. In his haste, he stubbed his foot against the solid image of Anubis, an accident which made limp the rest of the way, swearing furiously under his breath.

And finally there he was. And he beheld a gigantic frame astride a massive black horse. He was an imposing figure, steering his horse in an unawed canter through the sun gate, alongside his two escorts and a caravan pulled by four horses. The sight of him and his party projected a sort of dark magnificence, which made Atum wonder if this man was some sort of human reincarnation of some feared god whose birth in the realm of men was a huge relief for the gods above.

Even though it wasn’t a very clear vision from the heights which Atum stood, he could tell that that this stranger wasn’t originally Babylonian, for he seemed a Shebite from afar. Only Shebites had panther skins. Without wasting time or thinking, Atum hurried back into his chambers and struck the medium-sized golden gong which immediately ushered his chief servant into his chambers.

“Prepare me for the guest,” he instructed, “with a touch of Babylon, please.” END_OF_DOCUMENT_TOKEN_TO_BE_REPLACED