I don’t have too much to say.

I watched Noah’s Arc, the movie, and it put me in my feels. The acting wasn’t superb, but the story was so sweet, and I love how they addressed issues like condom use, gender roles and how it’s linked to gay sex roles, etc.

So I decided to tell an acquaintance who I was chatting with about it. He said he knows about Noah’s Arc, but that he doesn’t watch it. When I asked why, he said the show is too queer.

I felt myself tighten up like a tiger ready to pounce. How dare he call something “too queer”? What does “too queer” even mean? But I told myself to relax. Maybe this was a chance to educate someone.

So I asked him if they portrayed an aspect of homosexuality he found uncomfortable. END_OF_DOCUMENT_TOKEN_TO_BE_REPLACED 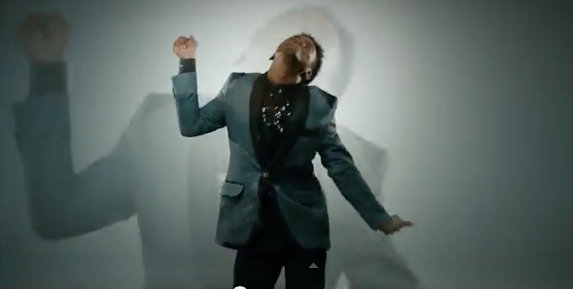 So, after someone mentioned here about the release of Korede Bello’s GodWin video and the ridiculousness about how his dance was a gay dance, I went to watch the video and research on all that nonsense about his dance. The video was cute. Frankly though, I expected a lot more dance. And the Korede dance though… Lol. Here’s the video, in case you haven’t already seen it. END_OF_DOCUMENT_TOKEN_TO_BE_REPLACED

MGM (Married Gay Man) /em ’dƷi: em/ (derogatory) A closeted homosexual in a heterosexual marriage. Usually applied to males, but can also describe a lesbian or bisexual whose spouse is unaware of their true sexuality.

Whenever the “MGM” issue comes up on the blog, it’s always a cockfight between the Married/Soon-to-be-married guys and the self-proclaimed Never-to-be-married ones. At this rate, we will not make progress in this important conversation.

So here goes: 6 things we are doing wrong in the “MGM” conversation. END_OF_DOCUMENT_TOKEN_TO_BE_REPLACED

A few weeks ago, I went on a trip to one of the cities in the South for the wedding of an old friend. We’d been rather close during our days on campus, but well, life happens to us all, and in the years since we graduated and got busy with our careers, we drifted apart, in spite of the fact that we worked not too far from each other. I guess it was mostly due to a tendency on my part to spend less and less time with people with whom I couldn’t truly be myself with.

Anyway, out of the blue one day, he called me up and after the initial “Nawa o, you dey this country so? Nobody dey see you o, e be like you don hammer and you wan chop ya money only you”, to which I made the usual excuses and some noises about being busy and all, and how we ought to meet up soon for drinks and a chance to catch up. Of course, I had no intention of making this meeting happen anytime soon. And so, he informed me that he was soon to be married and wished that I be one of his groomsmen. I groaned inwardly and eventually reluctantly made up my mind to be part of his nuptials, especially as he subsequently called me several times in the following days to be sure that I would be present at his wedding. I coughed out the money for the groomsmen suit, and soon, I arrived at my friend’s town a day before the wedding. My journey was quicker than I’d anticipated, and so I got into town well before evening. I had to stop over at an old (gay) friend’s place to catch up and get my freak on. Later in the evening, after an exhausting session of bedmatics, I headed over to the apartment where the soon-to-be married guy had arranged for his groomsmen to be accommodated. It was late so I said my hellos and shortly after undressed for bedtime. The groom and a few other old friends made some noise about going clubbing, but I feigned extreme exhaustion from my long journey; I really wasn’t in the mood to party with them. I knew very well that the night would end with all the guys picking up and coming back with girls/hookers. Indeed, I was woken later in the night by the sound of one of the guys going at it with a girl he’d brought back from the club. I clasped the pillow tight to over my ears and tried to shut out their lust-filled sounds.

The next day, the wedding came and passed without a hitch. END_OF_DOCUMENT_TOKEN_TO_BE_REPLACED

A federal judge has dismissed a woman’s lawsuit which she filed against all gay people, for Jesus’ sake.

The Christian woman from Nebraska last week filed a lawsuit against the entire group of “homosexuals” in America, in her role as Ambassador for the plaintiffs, namely, “God, and His, Son, Jesus Christ.”

Sylvia Driskell, 66, filed her seven-page handwritten lawsuit in the “United State District Court of Omaha,” asking the federal court to determine, “Is Homosexuality a sin, or not a sin.”

The lawsuit quotes Leviticus: “God tells his children in Leviticus Chapter 18 verse 22. Thou shalt not lie with mankind as with womankind. It is abomination.” The lawsuit also quoted Romans I and “Jenesis.” And it concludes with these time-honored questions:

‘Why are judges passing laws, so sinners can break religious and moral laws?

‘Will all the judges of this Nation judge God to be a (sic) lier?

‘For God has said; that all unrighteousness is sin, and that homosexuality is abomination.’

But it seems Driskell will not have her day in court. END_OF_DOCUMENT_TOKEN_TO_BE_REPLACED 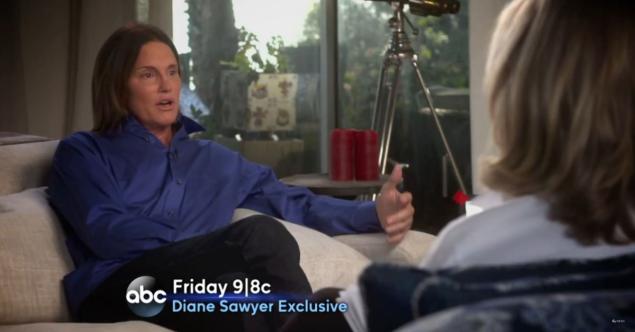 Bruce Jenner admitted on Live Television that he is now a woman. And world over, people reacted to the news, even right here on Kito Diaries. There were congratulations, support, lukewarm responses and even derision. I was quite disappointed at how some KDians so caustically dismissed the issue of the man’s Transgender issue, choosing to fall back on their prejudice, the very same prejudice we bemoan the heterosexual public for exhibiting toward the LGBT. Over time, I have come to realize that for most LGBT people, especially here on KD, the LGBT movement is really just about LG, sometimes LGB. They do not understand or empathize with the T, and they do not want to.

Well, hopefully, this write-up, originally published on thenakedsword.com will make you realize that in this fight for equality, we are all on the same side. Read below.

Hours before the West Coast premiere, I was inundated with reports and comments about the Jenner interview via email and social media. Apparently 30 seconds after the show aired on the East Coast, GLAAD hit the ‘send’ button on an email heralding Jenner for helping people understand what it means to be transgender, suggesting I visit a link to GLAAD’s Tips for Allies of Transgender People. I saw a tweet from Perez Hilton claiming that two of Jenner’s previous wives made supportive comments, but that Kris Jenner reportedly refused to comment. His tweet was promptly rebutted by Kris in a tweet telling Perez to “Fuck off,” no one asked her for a comment and to “keep it real” because she was sitting with Bruce watching the show. END_OF_DOCUMENT_TOKEN_TO_BE_REPLACED

Truth be told, I never once believed I would ever tell this story because every bit of it hurts me daily. But here goes.

My name is Mitch and I am gay. I was born the only son and the second and last child in my family, and was raised in a Christian home where life and everything else we did revolved around God, the Bible and perfection. Having perfectionist parents didn’t help matters much as all of our daily activities as kids were modeled and maintained religiously by our parents. We had strict schedules which very rarely included TV. On the rare occasions when we watched TV, it usually was to watch Christian kid movies such as the Do-nut Man series, Psalty the singing songbook, or Mother Goose. It was on one of these rare occasions that I had a glimpse of the existence of a major part of myself.

I was four at the time and my entire family was watching one of the Do-nut Man movies, when I felt this intense attraction for a black boy in the movie. Not knowing what to do or make of the weirdness I felt, I began to cry (yeah, I can be sissy like that), thus drawing the attention of my parents. When they questioned me, I told them that seeing that kid made me feel lonely because I had no brother. That was truthfully, the only way I could explain what I felt at that moment. My dad accepted my explanation but I vividly remember my Mother giving me this odd look. END_OF_DOCUMENT_TOKEN_TO_BE_REPLACED

My friend’s wife called me last week and said she wanted to talk with me, and for that, she needed my Blackberry pin. I immediately sensed something was wrong; her husband is my good friend and an MGM, and I am very close to the couple and their daughters. She eventually came on BBM and literally opened the book of lamentations on me. As it turns out, my friend has been a mean, insensitive and crappy husband, who no longer had time for her. She unburdened a lot to me, most of which broke my heart to read. I could see how bitter and hurt she was. Now she lives in Abuja with the girls, while her husband stays here in Port Harcourt, and they have been married for about two years, with her working to transfer her service to Port Harcourt (she works at some federal parastatal). However that day, she said she wasn’t sure anymore about moving to PHC, that she was beginning to fear that her husband would become abusive if they lived permanently under the same roof.

I became really concerned at this point and, quite frankly, very angry too. END_OF_DOCUMENT_TOKEN_TO_BE_REPLACED 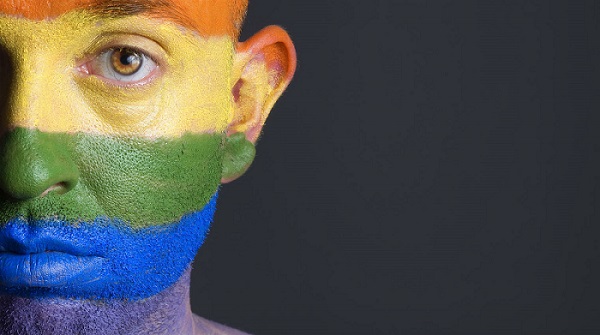 Perhaps one of the most trending things right now is the ‘gay’ phenomenon. Just take three steps in the online world and you’re sure to come across some article, post or news on being gay and other related stories. Even series and movies are not left out, as scripts are being rewritten to include gay characters and contexts. People in influential positions are ‘coming out of the closet’ at rates that make you wonder if being gay is the 21st century equivalent of the cigarette smoking pandemic.

The question that really begs to be asked is: ‘What’s all the hoopla about being gay?’ Why is it attracting unusual, and if I might add, unnecessary media attention?

For one, most people in the gay community have claims akin to those of about-to-be-extinct species – the cry of being persecuted in a society that just isn’t ready for their existence. And I agree, any species at the risk of extinction normally would cry out for help and protection from the predator. What beats me, however, is the turn that this plea for help has morphed into some sort of evangelism, and if you might add, a persecutory movement. Still confused? Let me help you. END_OF_DOCUMENT_TOKEN_TO_BE_REPLACED

1. You are not straight.

2. You suggest there is a set way straight guys act.

3. You suggest there is a set way gay guys act.

4. You know 2 and 3 are stereotypes, not to talk of ridiculous.

5. You see, even if 2 and 3 were a little true, then “straight-acting” would be synonym for “pretending to be someone else”, and unless you’re between a script and camera lights, well…

6. You set a precursor to prejudice against effeminate men.

7. You endorse the suppression of self-expression.

9. You raise problematic concerns about gender, misogyny and patriarchy.

The right to your preferences? Yes.

The right to your prejudices? No.