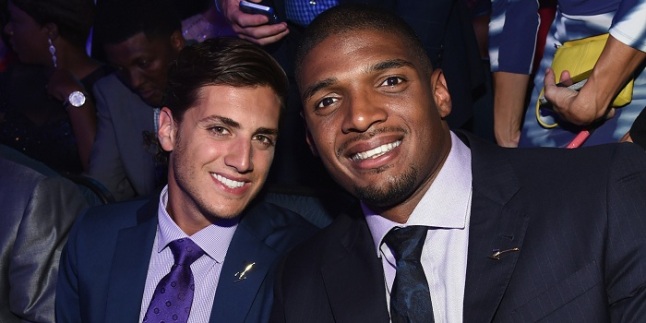 Michael Sam recalled his history-making year as the first openly gay player drafted by the NFL in a poignant speech at the Human Rights Campaign’s (HRC) Time To Thrive Conference.

Crediting football as “his sanctuary,” Sam discussed coming to terms with his sexuality despite having grown up “poor, afraid and alone” while accepting the HRC’s Upstander Award at the conference, which took place over the weekend in Portland, Oregon.

“The people who were supposed to be there for me weren’t. I looked to football and sports to be my sanctuary,” he said. “When I got to college [I thought] ‘Maybe I will experiment — I will see if maybe I’m not gay. Maybe it’s a phase.'”

He then quipped, “But you know, after that first time, I knew pretty damn sure I didn’t like girls.” END_OF_DOCUMENT_TOKEN_TO_BE_REPLACED