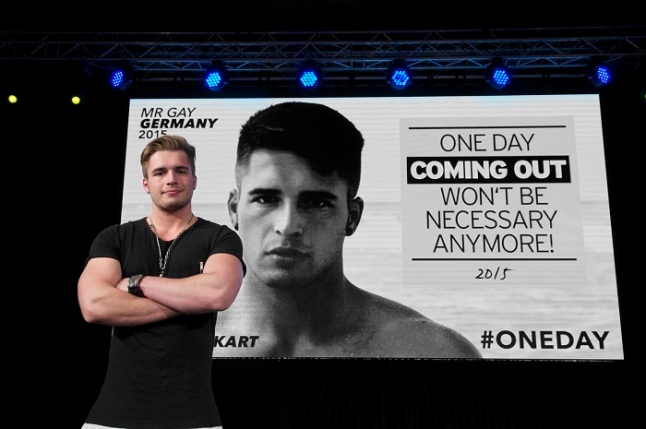 The muscular 21-year-old from Germany, Klaus Burkart, is this year’s winner of the all-male competition held in South Africa.

The big win for Burkart comes before contenders from Australia, Cuba, Iceland and even Zambia, where homosexuality is considered illegal.

Similar to high profile beauty pageants such as Miss Universe, Gay World tested the fashion sense and athletic ability of this year’s 21 finalists. But there’s bigger issues afoot than just their looks — like gay rights. END_OF_DOCUMENT_TOKEN_TO_BE_REPLACED

FOREWORD: In the comments section of a post updated here awhile ago, some commenters derided the notion of gay pride, labeling it as a bit too much in the making of a point about the existence of homosexuality in the society. Some people expressed the opinion that they believe Gay Prides to be unnecessary. A Kitodiariesian dug up the write-up you’ll read below, to explain why Gay Prides are necessary. It is a symbol which serves to make the international gay community not forget the horrors of the world before.

The piece is a bit of history, originally titled ‘The Gay Holocaust’ and published on stop-homophobia.com. Check on it.

In 1928, there was an estimated 1.2 million “out” homosexual men living in Germany. As Adolf Hitler rose in power, gay organizations were banned and scholarly books regarding homosexuality were burned. Hitler’s racial state ideology branded homosexuals not only as “parasites” and degenerates, but as enemies of the state. In 1935, the Nazi government significantly expanded the criminalization of homosexuality.

Under the direction of SS head, police drew up “Pink Lists”, and embarked on a vicious crackdown on homosexual men and women. Many were sent to mental hospitals, others were castrated by court order, and 100,000 of these men were sent to concentration camps. The pink triangle (now a symbol of Gay Pride) was placed on the prisoners to mark that they were homosexuals. An estimated 55,000 were executed. END_OF_DOCUMENT_TOKEN_TO_BE_REPLACED