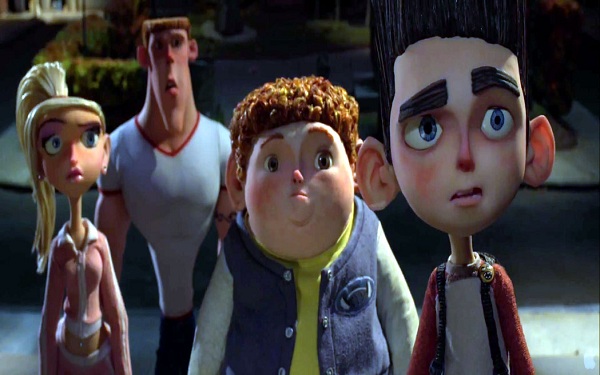 So I just watched 2012’s animated movie, ParaNorman, the story of a boy who could see and interact with ghosts, a weirdness that made the people of his town to either ridicule him or be wary of him. He eventually used his gift to break a curse that had hovered over the town for decades. Accompanying Norman (voiced by Kodi Smit-McPhee) in his journey to unravel the mysteries of this curse were his cheerleader sister, Courtney (voiced by Anna Kendrick), his high school friend, Neil (voiced by Tucker Albrizzi) and Neil’s buff but slightly imbecilic brother, Mitch (voiced by Casey Affleck).

So, of course, as they screech and scream and run their way through zombies and the eerie prescence of a witch, Courtney found time to flirt unabashedly with Mitch. After spending half the film Mitch, Courtney wraps up the evening by asking the jock for a date. Nothing fancy, just a movie. Mitch, aloof as ever, misreads the invite and reveals that his boyfriend loves “chick flicks.” END_OF_DOCUMENT_TOKEN_TO_BE_REPLACED 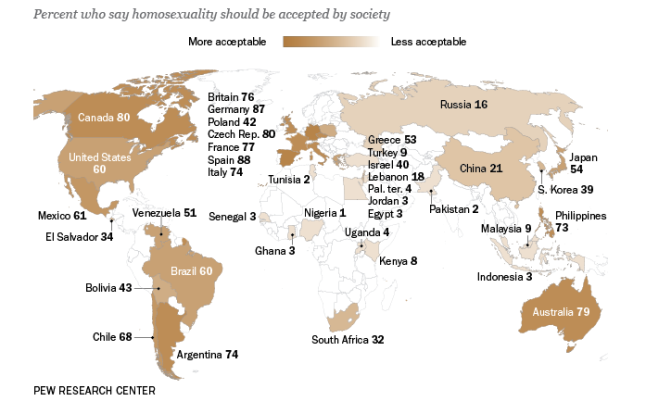 The above picture is a research done by the Pew Research Center to determine the world’s disposition toward homosexuality. Sorta like the gay atmosphere of the world. Darker colours reflect more gay friendliness, and lighter colours, not-so much. Nigeria sure does look bleached out, doesn’t it?