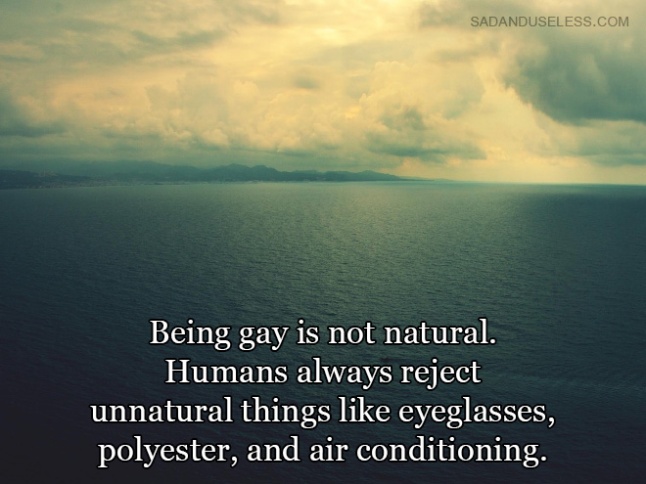 END_OF_DOCUMENT_TOKEN_TO_BE_REPLACED

Some of the kids were definitely a little bit confused at first.  for the most part, they thought the videos were really cute, and didn’t quite get why these adorable proposals would upset anyone.

Here are a few excerpts from the video that I found interesting. First is the one that really cracked me up. END_OF_DOCUMENT_TOKEN_TO_BE_REPLACED

John Pavlovitz, Christian, pastor and humanist, has come through again in a new write-up titled ‘The True Story Of Today In America.’ Read and be inspired.

We all have stories we like to tell ourselves; narratives we create to frame the world around us.

Those stories often help cushion the blows and soften the impact when things around us are too frightening, too disorienting, too difficult for our minds to deal with.

These stories are often largely well-crafted fiction, born out of fear and desperation, and the sense of something slipping quickly through fingers: control. 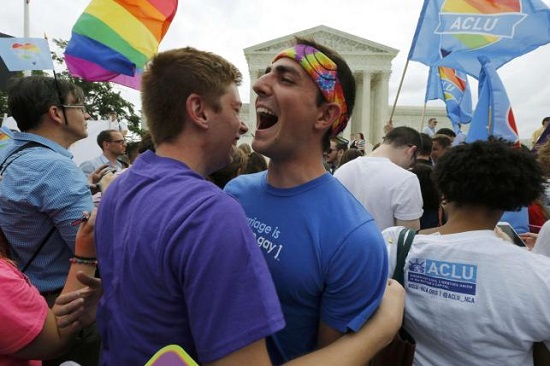 Gay rights supporters celebrate after the U.S. Supreme Court ruled that the U.S. Constitution provides same-sex couples the right to marry, outside the Supreme Court building in Washington, June 26, 2015.

The US Supreme Court has ruled that same-sex marriage is a legal right across the United States.

In a landmark 5-4 decision, Justice Anthony Kennedy writing for the majority ruled that marriage is a constitutional right for all.

“No union is more profound than marriage,” he wrote, saying that the hope of gay people intending to marry “is not to be condemned to live in loneliness, excluded from one of civilization’s oldest institutions. They ask for equal dignity in the eyes of the law. The Constitution grants them that right.” END_OF_DOCUMENT_TOKEN_TO_BE_REPLACED

Catholic Archbishops have attempted to exorcise the entire nation of Mexico – to attempt to rid the country of the “Satanic infestation” of same-sex marriage.

Same-sex marriages are slowly becoming legal across Mexico after a string of patchwork legislative moves and court rulings.

However, the increasing equality for gay couples has upset church leaders in the deeply religious country – so much so that they have attempted to exorcise the entirety of Mexico.

A couple who were legally father and son for the last fifteen years had their adoption vacated and were married this week after 52 years together.

Norman MacArthur, 74, (left) and Bill Novak, 76, were married in Pennsylvania on Sunday. The couple, who has been together since their 20s, registered as domestic partners in New York City in 1994, but in 2000, they moved to Erwinna, Pennsylvania, where domestic partnerships are not legally recognized. “When we moved to Pennsylvania, we had both retired and we were of the age where one begins to do estate planning,” MacArthur tells Yahoo Parenting. “We went to a lawyer who told us Pennsylvania was never going to allow same-sex marriage, so the only legal avenue we had in order to be afforded any rights was adoption.”

MacArthur says he thought the suggestion was strange at first. “It struck me as fairly unusual, but we looked into it and discovered that other couples had done it. Without the adoption, we would be legally strangers.” END_OF_DOCUMENT_TOKEN_TO_BE_REPLACED

Society is not accepting enough of gay black people, according to Queen Latifah.

In an interview with Uptown Magazine, the 45-year-old discussed how difficult it is for black gay women, but stopped short of including herself in that category.

The actress and TV host, who is frequently pictured with her rumoured partner Eboni Nichols, has never personally commented on her own sexuality.

“People’s ideas in general are antiquated when it comes to who you love,” she said. “We haven’t moved as quickly as we probably should. And the reality is that there’s always been gay people in the black community, so it’s not foreign to us. And not just as a black community but just a society as a whole.” END_OF_DOCUMENT_TOKEN_TO_BE_REPLACED 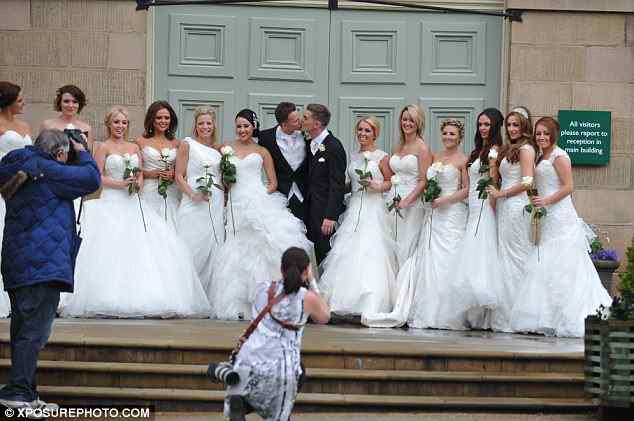 Isn’t this just the sweetest thing? Two grooms and their bridesmaids… That should be the name of a movie.

This is a long ass post. You have Pinky to blame for that one, since he asked for my spot last Sunday. Happy reading.

I’ve started work in Lagos. As I write this, I am there looking at all the weird machines that will hopefully become familiar with time.

Working – no, learning here is dull. My supervisor does a lot of paper work where she has to record her findings and stamp stuff. Whenever I notice she’s doing a test however, I go to meet her and start asking questions. She’s never called me to see anything so far. She’s a nice lady, she seems easy to get along with.

There’s another IT student who schools in the polytechnic of my city, and she’s pretty friendly. We got talking and she asked what church I attend, and I told her I go to church frequently when I’m at home but hardly when I’m in school. She then went on to call me a “big boy” which I took as sarcasm. Whatever… I genuinely enjoy going to the church in my hometown. I feel some semblance of safety there, and what they teach, I understand. I may not agree with them all the time but I understand. END_OF_DOCUMENT_TOKEN_TO_BE_REPLACED

Where’s Dennis, president of the Gay Bachelors Anonymous? Zachary Quinto would like validation of his membership card.

In a new interview with The Hollywood Reporter, actor Zachary Quinto opened up about his feelings on love and marriage. And guess what? He’s not the marrying type.

“I personally am not a huge fanatic of marriage,” the 37-year-old rabble rouser said. “Commitment and relationships are a very individual thing, and I don’t stand to tell other people what to do or who to do it with, but for me, love is defined by two people in an intimate and personal way, and superimposing an institution on that isn’t necessarily, for me, the most exciting idea.”

But don’t think that means he’s not all for marriage equality. He is. He just doesn’t want to get gay married himself. END_OF_DOCUMENT_TOKEN_TO_BE_REPLACED