Michael Sam’s six-month engagement to long-term boyfriend Vito Cammisano is over, according to reports. “They’ve been rocky for months,” a source reportedly told Us Weekly. News about their split emerged less than one week after the Supreme Court’s historic ruling about gay marriage.

The duo first connected at University of Missouri, where Michael was a star football player. Dating since 2011, Vito remained private about their relationship before Michael’s emotional coming-out story grabbed headlines in February 2014. However, the couple went public with their love when Michael made history by becoming the NFL’s first openly gay player that May.

The two then very romantically got engaged around New Year’s on a trip to Rome. END_OF_DOCUMENT_TOKEN_TO_BE_REPLACED 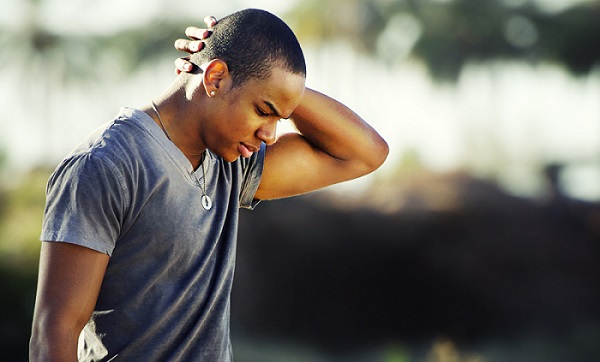 I would sacrifice this body to the sky

Staple me to a cross.

Pierce my side with a broken promise

And I will bleed all the crippled reasons why you deserve one more chance.

Loving you was the last thing I felt really good at. END_OF_DOCUMENT_TOKEN_TO_BE_REPLACED

“In hindsight, yes, I know that,” I replied, standing by the lone window in his office and looking out into the street. It was 4:30pm on Monday, and the afternoon light was slanting westward, casting the beginnings of the evening shadows in corners of the room.

“And when did you come into this hindsight?” He was teasing, and the remark drew a rueful smile from me. I’d just finished narrating the story of my fight yesterday with Bryson to him. I’d needed somebody to talk to, and he’d been a willing ear.

“I had most of yesterday, after I got home, to stew over our fight. Then I got sidetracked with family stuff and didn’t have time to dwell much on it. Then I went to bed, and by the time I woke up this morning, I found myself missing him.” I turned to face Dotun. “I believe I’m falling in love with him, and it scares me.”

“Why? Because of some flirty messages you saw a few guys send to him?”

“It’s not about the messages. It’s about the fact that he seemed to enjoy them.”

“But you said he didn’t respond in kind to them…”

“Yes,” I said. “He also didn’t let on that he was unavailable, that he has a boyfriend.” END_OF_DOCUMENT_TOKEN_TO_BE_REPLACED

It was mother’s day just last Sunday, and I popped into Warri on Saturday to surprise my mom. She did not know I was coming, I did not even know I was going up till that morning; I got up to go for a run and before I knew what was happening, I just needed to see her and was en-route to Warri before 6am. You see, a mother’s love cannot be measured or understood, and the few times I have had cause to rethink my sexuality and the choices I have made were all because of her. I don’t want to be a disappointment to her (it will totally kill me). However, just like Khaleesi said the other day, I have to find a balance between staying true to myself and holding fast to her love. I must walk this thin line.

Anyway, I got to Warri and went straight to her store and the look on her face was priceless as she hugged me and tried hard not to cry. She probably never expected me to come as things have become awkward between us since she started chanting the M word. My sister came around with her kids, and a few other aunties were around, as my mom has always been the rallying point of both families. I stylishly avoided chatting too long with anybody, before they will ask for their iyawo and when I am planning on bringing her home. END_OF_DOCUMENT_TOKEN_TO_BE_REPLACED 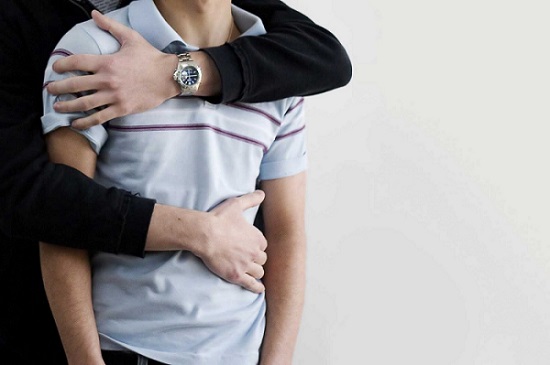 This is a true life story.

I love romance. But the harsh realities of my relationships have never really indulged my fanatic belief of romance. My best friend, Chuka once told me, “Look, you need to give up your empty dreams of idyllic romance which never come to pass. There are lots and lots of guys whose thirst is real, why tie yourself down in a boring relationship when you can sample all the treats you want?”

I had no answer to Chuka, because in a weird way, I knew he was right. Nevertheless, I waited for Mister Perfect.

And so, one day in mid–September last year, I was walking to one of the banks on campus with Chuka.

And then, I saw him.

Till today, I still wonder how such a seemingly perfect encounter could eventually turn out to be such a disaster. He was the embodiment of all I had been dreaming of for years; it was like the gods had seen the desire of my dreams and sent him forth as the perfect answer to my deepest yearnings. He was almost as tall as I am, dark, slightly built, perfect white teeth revealed in a smile, with a cute butt on full display. My heart did several flip flops as I saw him walking out the bank gates at the exact same moment Chuka and I were walking in.

He and Chuka exchanged a warm greeting; it was apparent that they were friends. I simply stared mutely like a moron. Chuka made the introductions. His name was David and he owned and ran a luxury boutique quite close to the campus. He was at the bank to collect some cash for restocking his store.

I could barely conceal my eagerness and excitement till he had taken his leave. A few moments after he had left us, I blurted out, “Jeez, Chuka, who is that guy!” END_OF_DOCUMENT_TOKEN_TO_BE_REPLACED

“Who is Paschal smashing so vigorously like that abeg?” Ekene said with a giggle as he moved from the kitchen, through the connecting doorway, into the living room, where the rest of us were sprawled in various positions of relaxation on Biola’s carpeted floor and sofas. Muted coital sounds were floating out to us through the small corridor, from the guestroom at the end of the hallway.

“As in eh,” Adebola exclaimed, coming up behind Ekene. The two of them came bearing items of food we’d be having for brunch. “Since we came here, they’ve been cooped up inside there. Abeg, Biola, since when did your house turn into a brothel?”

“My dear, I have no idea o,” Biola said, as he stood before the television and flicked through DSTV stations. “Dude came to me yesterday evening with his squeeze, some young thing he invited from UniBen, and begged me to let the boy crash here for the night.”

“And you agreed?” I said with a mock-gasp. “Since when did you start becoming so charitable?” It is an understanding amongst us that Biola is just not the type of friend that will discommode himself over someone else’s convenience. He’s just not wired to be a Good Samaritan. END_OF_DOCUMENT_TOKEN_TO_BE_REPLACED

The model and actress made the shock announcement on Twitter Friday night, as well as deleting all photos of her fiancé from her Instagram account and stepping out in Los Angeles without her engagement ring.

‘It’s a sad Day but I wanted to share with you that David and I are no longer engaged,’ Kelly tweeted from the US, while David is in England. ‘I love and respect him and wish him all the best.’

Only last week David and Kelly were seen looking happy as ever, kissing and hugging as they enjoyed a holiday in Greece. The couple couldn’t keep their hands off each other as they frolicked in the sea. And on Wednesday, the former Gladiator star had tweeted how much he was missing Kelly.

It seems the whirlwind romance was too much for Kelly, who accepted David’s proposal just eight weeks after meeting him on New Year’s Eve.

Just to be clear, the David McIntosh this Kelly broke up with is this David McIntosh, right? END_OF_DOCUMENT_TOKEN_TO_BE_REPLACED

I’m having a moment. One of those moments where I feel like I’m bursting with so much creativity and ideas, and I can pick up a pen to write or to draw or write a short sad poem and sing. Moments like that are magical. However, I also get scared in these moments, because I know what comes after. Depression. I go back to my work and I feel like all I’ve done is crap. But until I reach that point, I’ll just enjoy this feeling for now.

I had an interesting Monday night and Tuesday morning. It was 11pm and I saw a Facebook post of my recent ex, Duke. He had said hi to me on Whatsapp a few weeks back, so I decided to return the favour. I’ve never been one to remain jolly friends with an ex but I decided to try. I honestly wish I rebuked the spirit of that urged me to say hello.

He was ecstatic to hear from me. He was in town on some engagement and wanted to know if he could stay at my place. I agreed.

Why did I agree? Maybe I did miss him a little and wanted to see if we could be friends. He did have interesting things to say sometimes. He got to my place around 11:30, and that was when the drama began. It was almost spontaneous. END_OF_DOCUMENT_TOKEN_TO_BE_REPLACED

‘I could be staring at somebody new

Stuck in my head is a picture of you

You were the thunder, I was the rain

I wanna know if I’ll see you again

I said I love you

Everything changes in the blink of an eye

It’s been a while, I still carry the flame

I wanna know if I’ll see you again…’

I remember the first time I heard those lyrics. It was a pure moment. That moment when a song connects entirely with what you’re feeling. It was when I broke up with John. I remember going to his room practically begging that he not say it’s over and that we try again, but he just told me that he was tired of trying. It hurt like crazy. It hurt like hell. It hurt so much I cried because my love for him was that strong and irrational. I don’t feel embarrassed that I cried… It helped because even as the tears fell with the realisation that what I had and cherished was over, it also made me realise that I had the chance to do something new. I tried to not spend too long being heartbroken. I had exams coming up and I refused to let something like heartbreak cause issues for my education. I threw myself into my books and the only time I’d feel pangs of longing and sadness was when I’d lay down to sleep and hug my pillow. END_OF_DOCUMENT_TOKEN_TO_BE_REPLACED

Here’s another series from yet another Kito-Diaries-sian, James. It’s not fiction. It’s a Dear Diary sort of write-up, one that will afford us glimpses into the life of a brother. Here’s the debut episode. Read and enjoy.

That word gives me different reactions. Sometimes it’s a “blergh!” Other times, it’s a “sigh”.

I have been in love. It hurt. But it also felt good. I couldn’t differentiate the two feelings. I felt them both intensely. And I didn’t bother to separate them either, because human love is an imperfect thing. You just enjoy and suffer whatever it gives you.

Maybe saying I was in love is a bit wrong. I still love, but it’s buried now. It had to be. For my good, for my sanity. I try not to think about then, when I felt everything would be alright as long as I had my love. Him. John. Sure, I got hurt so many times but I always got over it. I would rant and cry and be depressed but I would still look up ahead because I felt I could pull through anything as long as the other person was with me. Too bad they didn’t think the same. END_OF_DOCUMENT_TOKEN_TO_BE_REPLACED