Check out the many celebs who are gay and don’t give a fuck who knows about it. 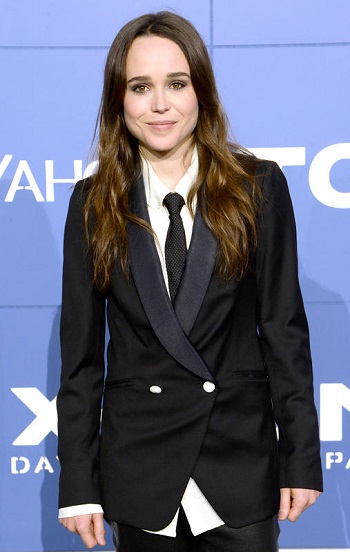 Juno star Ellen Page gave quite a moving speech when she took the stage at the Human Rights Campaign’s inaugural gathering in Las Vegas last February. “I’m here today because I am gay,” she told the audience. “And because maybe I can make a difference, to help others have an easier and more hopeful time. Regardless, for me, I feel a personal obligation and a social responsibility. I am tired of hiding and I am tired of lying by omission.”

After a reporter questioned Grammy-winning rapper Frank Ocean about some of his song lyrics in July 2012, Ocean posted his thoughts on the subject on his website. He detailed the love he had for another man when he was 19: “I won’t forget you. I won’t forget the summer,” he wrote. “I’ll remember who I was when I met you.” Critics and fans applauded the announcement, but the rap community — not so much. Fellow rapper T-Pain shared in an interview seven months later that certain artists refuse to work with Ocean because they’re homophobic. END_OF_DOCUMENT_TOKEN_TO_BE_REPLACED