Today I will be talking about one issue only which has been on my mind for a while and which has formed the crux of many arguments I have had with my friends.

I grew up with many boys – nine boys in total – because daddy had a few sons and took in every stray relative who needed a place to stay. Growing up was always noisy and androgen-filled. And then, as we hit puberty, I started going out with my plenty brothers and we began testing the waters of our raging heterosexual hormones. And all the while, I kept my budding awareness that I liked boys a secret, well and truly hidden by the strength of my mortification.

Eventually we started having sex regularly after everyone went to sleep. And then, Mommy found out (Actually I was not the only one giving it to her; in a house of ten boys… Go figure), and she was sent home.

I went on to lose my second virginity (is that even a phrase?) to a guy when I was nineteen. The experience was electrical, like an explosion in my brain. And I haven’t looked back since. END_OF_DOCUMENT_TOKEN_TO_BE_REPLACED 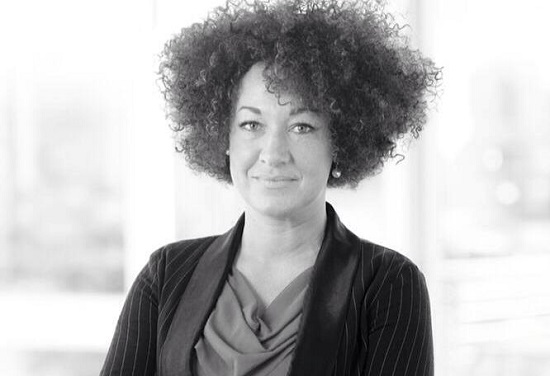 Black rights activist Rachel Dolezal, who was outed as a white woman earlier this month, has revealed she is bisexual.

Rachel Dolezal, the head of a branch of the NCAAP in Spokane, Washington, was ‘unmasked’ last week as a white woman. The family of Ms Dolezal revealed she is actually white – despite her speaking about ‘racism’ she has encountered and working as an Africana Studies professor.

In her first sit-down interview since the story went global, Ms Dolezal told Savannah Guthrie of NBC Nightly News that she is bisexual.

She said: “Nothing about being white describes who I am. END_OF_DOCUMENT_TOKEN_TO_BE_REPLACED

The mother of Twilight actress Kristen Stewart has denied talking about the star’s girlfriend during an interview.

The actress, who was previously linked to a string of men including Twilight co-star Robert Pattinson, usually refuses to speak about her own private life and sexuality.

However, the Sunday Mirror carried an interview with Jules Stewart, the star’s mum, in which she supposedly claimed her daughter is in a relationship Alicia Cargile.

The paper claims she said: “I’ve met Kristen’s new girlfriend, I like her. What’s not to accept? She’s a lovely girl. I feel like people need to be free to love whoever they want. I accept my daughter loves women and men.” END_OF_DOCUMENT_TOKEN_TO_BE_REPLACED

Coming out to your parents can be an emotionally challenging moment, but generally parents don’t then turn around and come out for their kid.

But that seems to be what Kristen Stewart’s mum Jules Stewart has done by confirming that her daughter is in a relationship with her personal assistant, Alicia Cargile.

Kristen, 25, split from her very public relationship with fellow Twilight actor Robert Pattinson two years ago, and though she maintains a fairly low profile, speculation started buzzing when she and Cargile were photographed getting cozy at Coachella in April.

“What’s not to be accepting about her now having a girlfriend? She’s happy,” Jules told the Sunday Mirror. “She’s my daughter, I’m just her mom, so she knows I would accept her choices. END_OF_DOCUMENT_TOKEN_TO_BE_REPLACED 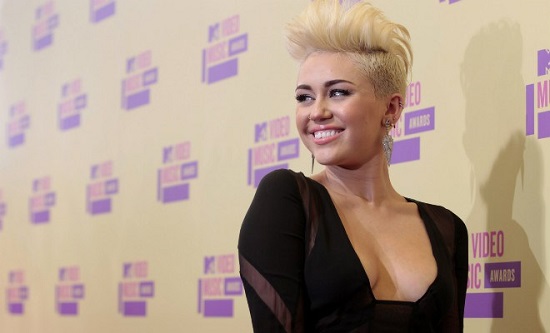 The media is continuing to report that Miley Cyrus identifies as bisexual – despite the star specifically eschewing the label in an interview.

The star revealed she had dated men and women last month, when she said: “There are times in my life where I’ve had boyfriends or girlfriends.

“I’m not hiding my sexuality. For me, I don’t want to label myself as anything.

“We love putting people in categories, but what I like sexually isn’t going to label me as a person.” END_OF_DOCUMENT_TOKEN_TO_BE_REPLACED

Please, the ladies and bisexuals in the house, I need your attention!

So, on my mainstream blog, against the update of Kenny Badmus’ coming out, the comments section was really tense, considering that straight people read the blog too. There was a face-off between someone in our team and someone else in that other team. (Our team player is a KDian, he knows himself, lol). Other opinions were tossed into the mix, and one of them was from a female. See screengrab below.

END_OF_DOCUMENT_TOKEN_TO_BE_REPLACED

Why can’t you just pick one…

You’re so greedy. I mean, leave some for the rest of us

These are just a few of the indignations that bisexual guys must suffer in the hands of the rest of us.

Like every other marginalized group, bisexuals are no stranger to awkward assumptions and invasive questions. So BuzzFeed decided to highlight “17 Bisexual Guy Problems”!!

Check them out and tell us if you identify!

Any other bisexual guy problems you’d like to get off your chest? Sound off!

“Did the call go through?” Fred said in a tone that was mixed with varying emotions. He was tense and concerned, because today was the day he believed he would tame the neighbourhood ‘ass goddess, Scholastica. He had planned it all – the conversations that led up to this day, the breaking-in of a classroom in the public school of the area they lived, the condoms. Everything was set, but there was a slight problem. The missing ingredient to this concoction was nowhere to be seen or heard from. Scholastica had not made an appearance yet.

“Guy, I don’t think this girl wants to come oh,” Ayo said easily. It was after all not his sexual prowess that was to be tested. It was Fred’s… Fred who had both the anxious and outraged disposition of one who couldn’t imagine any girl could ever curve(sly) him.

Ayo also wondered how Scholastica could, how she wasn’t already here, shooing him away in order to be all up in Fred’s business, because frankly, Fred was a hottie. Half-caste, pink-lipped, chiseled body, laidback personality, and he had a certain calm about him that was welcoming to anybody he met. Ayo couldn’t get these girls, really. This was the reason he didn’t have much use for them. He however contented himself with making commiserative remarks, in an effort to console his obviously-jilted friend, while they puffed away on the joints they had both been smoking for some time now.

“As I am like this now, I need my dick sucked – BAD…” Fred groaned. END_OF_DOCUMENT_TOKEN_TO_BE_REPLACED

September 23rd was Bisexuality Day. And writer Elnathan John had a few things on Twitter to say in favour of bisexual men and women. Check on his tweets below, and let us know your thoughts.

END_OF_DOCUMENT_TOKEN_TO_BE_REPLACED 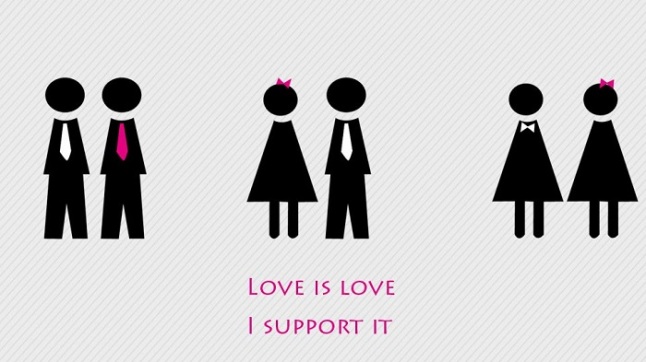 Jesus talked about equality a lot; it made the powerful quite uncomfortable.

Written by Kathy, and originally published on canyonwalkerconnections.com

6. ASKING GAY PEOPLE TO DENY THEIR NATURAL SEXUAL ORIENTATION IS DESTRUCTIVE. Recall, homosexual orientation is no more a “behavior” than is heterosexual attraction.  Both are orientations, innate attractions. Reparative therapy (Exodus-type programs that offer results that take away “unwanted sexual attractions” or allude to a gay-to-straight conversion) treats homosexuality as if it were a “behavior” akin to other life choices like drug and alcohol usage, adultery, cheating and lying.

You would expect that the elimination of bad behaviors would result in life benefits.  However, if you force a gay person to “not be gay,” loneliness, depression, isolation and shame can result.

Some gay people do make a choice to live celibate lives.  This is called “Side B” for gay Christians; they come to a personal conviction that God is calling them to be celibate. This is not the same as the imposition of celibacy by an outsider for acceptance before God. Celibacy does not take away attraction; it only means a person is not engaging in sex. A celibate straight person is not “no longer straight” simply because they are not being sexual.  Likewise, a celibate gay person is not “no longer gay” simply because they are not being sexual. END_OF_DOCUMENT_TOKEN_TO_BE_REPLACED