Less than two weeks ago, a monumental Supreme Court decision was reached that guaranteed marriage equality for same-sex couples. This piece of American history that will populate text books and be remembered as one of the largest steps forward for the LGBT community will, in the great American tradition, also be turned into a feature film.

The New York Times reported that 20th Century Fox bought the life rights to Jim Obergefell, the lead plaintiff in the law suit that resulted in the recognition of same-sex marriage in the country. Obergefell’s attorney, Al Gerhardstein, sold his life rights as well.

The studio also acquired screen rights to the unpublished book about the case that Obergefell plans to write, titled 21 Years to Midnight.

Though the film is at least two years from being finished, the story’s Oscar-worthiness is undeniable. 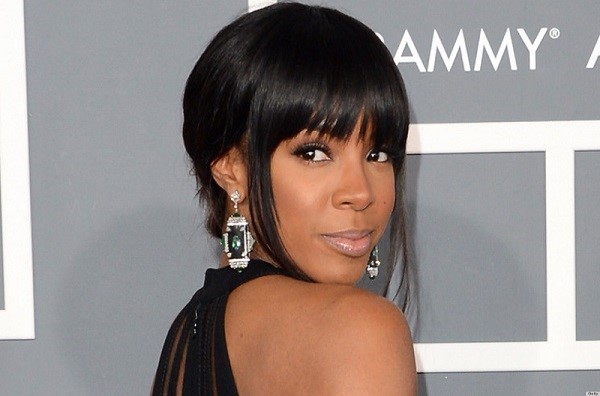 The break-out show, Empire, has expanded its roster to include former Destiny’s Child star, Kelly Rowland. The singer will appear in the forthcoming season of the Fox show, Entertainment Weekly has confirmed.

In the series, Rowland will be Lucious Lyons’s mother, a role which will be played in a flashback.

Rowland, however, won’t be the only big name gracing the series’ highly-anticipated return. According to E!Online, Rowland will be joining Marisa Tomei, Alicia Keys, and Chris Rock for the second season, which is set to premiere September 23.

Boosting her social media outreach to younger voters, Hillary Rodham Clinton is seeking to offer reassurance to gay youths in a posting that has drawn wide online attention.

“Prediction from a grown-up: Your future is going to be amazing,” Clinton wrote Friday on the Facebook page for Humans of New York, a popular blog. “You will surprise yourself with what you’re capable of and the incredible things you go on to do. Find the people who love and believe in you — there will be lots of them.” END_OF_DOCUMENT_TOKEN_TO_BE_REPLACED

The poll, taken earlier last week, found that 87 percent of Nigerians support a law criminalizing same-sex relationships went down from 96 percent from a few years ago.

In an interview with GLAAD reporter Claire Pires, Alimi – the founder of the Bisi Alimi Foundation, and the first man to come out on Nigerian television – explains the traditional anti-gay attitude in Nigeria and his hopeful findings through social polling for the national LGBT tolerance rate. END_OF_DOCUMENT_TOKEN_TO_BE_REPLACED

The annual LGBT Pride festival took over NYC this weekend, and one NYPD officer wasn’t afraid to let loose. In the video below (which has gone viral), a gay pride participant dances up on the cop, who immediately joins in and even turns around to gingerly shake what his mother gave him.

Until very recently, he was just some unknown — perhaps a night deposit in your spank bank — but luckily, privacy is a thing of the past and BuzzFeed is full of cyber-stalking ninjas. And we now know him to be Officer Michael Hance. END_OF_DOCUMENT_TOKEN_TO_BE_REPLACED

Photographer Ed Freeman created the gay flag image to the right more than 10 years ago for the cover of Frontiers magazine. Since then, it has been used across countless social media posts for its highly recognizable features — four men work to raise a rainbow flag, instantly evoking Joe Rosenthal’s iconic 1945 photo of five Marines and a Navy corpsman hoisting the American flag on the Pacific island’s Mount Suribachi in the middle of one of the most ferocious battles of World War II. Almost 7,000 troops were killed in the fight — including three of the Marines in the photo — and more than 19,000 were wounded. More than 18,000 Japanese troops also died on the island. The operation at Iwo Jima lasted for more than a month. The Pulitzer Prize-winning image has been repeatedly used over the years to honor American troops, and as inspiration for other work.

Most recently, Freeman’s image resurfaced after last week’s Supreme Court victory. Freeman himself posted the picture to his Facebook account with the following message: END_OF_DOCUMENT_TOKEN_TO_BE_REPLACED

According to their website, the Rear of the Year is “a light-hearted award presented annually to British celebrities with prize-winning rear assets.” Created by public relations consultant Tony Edwards, the yearly trophy goes to the male and female Brit with the best buns. END_OF_DOCUMENT_TOKEN_TO_BE_REPLACED