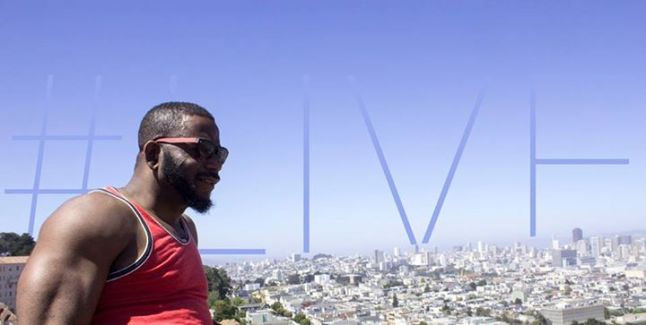 The following is a Facebook post updated by Kenny Badmus. It was so riveting, I simply had to share. Hopefully, there are people amongst us who share in this same dream. Check on it below.

It’s 4.48 AM here in New York. I just came back home from a long night of clubbing and partying. Or let’s say club hopping. My body is sore from dancing, but I promised myself to write this indescribable experience I had on the train home. Ok, let me try and describe it. I will try.

Four lads got on the train from Times Square. They sat just beside me on the long bench near the door. They were loud but they used no cuss words or profanities. When they referred to each other, they used the word ‘nigger’ or ‘niggy’. They looked like they were in their early 20s. Matching sneakers and shirts. Baseball caps with inscriptions of major leagues and pop artistes. Their pants were below their waistlines. Across the seat from us was a beautiful young lady with a butterfly tattoo on her exposed thigh. She wore just enough dress to cover all the right places but her cleavage.

“Niggy! I ma lick this garl up from head to toe,” one of the lads in the baseball hats said, as he eyed me to get some form of approval.

I slightly turned away, pretending to read a poster on the wall.

“Damn Nigger! You be saying things like that. I been like go do this shit. This nigger needs no approval. You know what I mean,” another lad whispered loud enough.

And the first guy walked up to the lady. He held the train pole close to the lady and went straight in. “Can I give you a nickname, bae? I’ll call you booboo.”

“You been fresh on me, but thanks,” the lady cooperated.

“No need to slow this down, bae. I want to get to know you.”

“Nothing wrong with that. Just so you know I’m a lesbian.”

“Damn… damn you been holding this nigger up.”

“Ain’t no messing with you. I can be your friend but you gotta know.”

“Nuff respect, bae. Ain’t nothing wrong with that. But damn! Lesbians be killing it. One of my niggies be gay too. That one in a baggy pant. We went clubbing on Christopher Street. We went to some of his gay spots and he came to some of our own spots. Lawd knows I ma do anything for them lovelies. That’s how we roll. We got each other like that. Hey Damon, this babe says hello.” The talking lad called the attention of one of the other guys.

“Your nigger be like making a move on me but I told him I like ’em girls,” the lady said laughing.

“That’s whatz up, booboo. I told him to always use my gaydar, he won’t,” Damon replied, as other guys on the train started to laugh.

Soon the four lads and the lady started to chat about the summer. They exchanged numbers with her, and she told them about some latest parties in town.

I rubbed my droopy eyes. I felt like I just dreamt about the future of my own country.

I dream of Africa where one day, in no distant future, our men and women will be friendly to each other, irrespective of sexual orientations, tribe or class.

I dream of a generation that has no problem being friends with their gay buddy and ready to protect her or him.

I dream of a space and time where there won’t be a need for an exclusive gay club or bar, because all will be welcomed by everyone.

I dream of a future where our Facebook pages will be devoted to making a world a better place instead of telling people what God wants or not want.

Meanwhile, I write on.