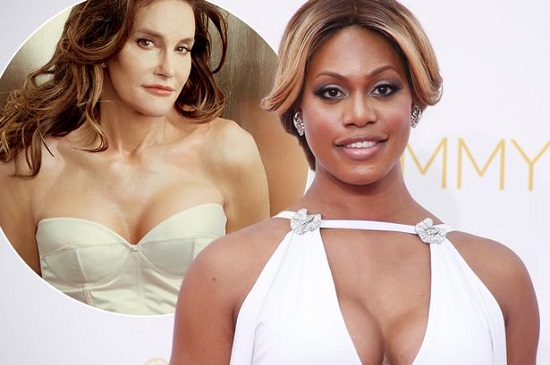 Trans people are hot right now. They’re fabulous, they’re chic, and they’re the toast of the media. Isn’t that great? What could be more swellegant than that?

Well, kindly excuse me for a second while I choke on my metaphorical martini olive. I actually get a little bit nervous when large groups of oppressed people are suddenly swept up by the mainstream and declared OK. First of all, they were always OK. I’ve written about trans people since I started my journalism career in the 1970s, but now that they’ve been deemed trendy, we’re supposed to suddenly sit up and notice them? Furthermore, the mania to brand them as really cool accessories du jour is rather disturbing since a lot of the people jumping on the trans bandwagon would never have gone near anyone openly LGBT for years, not until they signified some kind of cachet in the commercial marketplace. Furthermore, they’re mostly picking up on flashy, famous trans people, not environmentally challenged trans teens, trans people in professions other than show biz, and those who don’t seek the spotlight at all.

Mind you, it’s nice that the populace is finding out more about trans issues and being educated as to their triumphs and challenges. Last year, it was a real coup when Orange is the New Black’s Laverne Cox scored the cover of Time magazine, among many other media appearances that made her excitingly visible. Then all at once, some department stores and designers started coveting trans people as models, talk shows sought them as spokespeople, and now Caitlyn Jenner has marketed her transition in a very savvy campaign that’s going in stages and, believe me, has only just begun.

This is potentially eye- and mind-opening for the public, but the reality is, I first heard transition talk about Jenner back in the ‘80s! It’s fine if it took her that long to make a change and go public about herself, perhaps waiting until trans was the hot topic on The View. But I have to pause and think, “Sure, she’s brave – but is she that brave?” Are those of us who’ve been out for decades (albeit in a less public arena) supposed to get hoarse cheering a celebrity’s late-life revelation? And are the media really expanding their horizons by eating this up or are they simply embracing a buzzed about issue that they plan to drop the second it isn’t “sexy” anymore?

After all, we’ve been this route before. In the late ‘80s and early 1990s, the phenomenon of “lesbian chic” took over the media thanks to Madonna gal-palling around with Sandra Bernhard, and Cindy Crawford doing some sapphically tinged poses with k.d. lang in a 1993 Vanity Fair. Lesbians were suddenly fab, and the straight men that run so much of corporate America were licking their lips and loving it, especially since it fulfilled one of their deepest sexual fantasies. But we learned just how much integrity the trend had when Crawford and then husband Richard Gere went out of their way to take out a newspaper ad the very next year stating, “We are heterosexual!” (The ad went on to specify that they were monogamous and were totally not divorcing, despite the gossip. They were a happy, straight couple, OK?) Well, a few months later, they divorced, and one wished they’d spent the money on a charitable donation to an LGBT organization instead.

And then, suddenly, lesbians weren’t so chic anymore. It eventually became drag queens, then gay men, and now it’s trans people who are the new double breasted suit or perhaps the navy blue of India. True, all this trend branding exposes people to a side of our culture they could be enlightened by, while also furthering acceptance and understanding. But on the other hand, I want to yell, “Leave us alone, world! You’re superficial, you’re hypocrites, and we don’t need you in order to be chic!” I’ll definitely feel more comfortable once the smoke clears and trans is no longer fabulously hot and hip. Hopefully, it’ll just be.