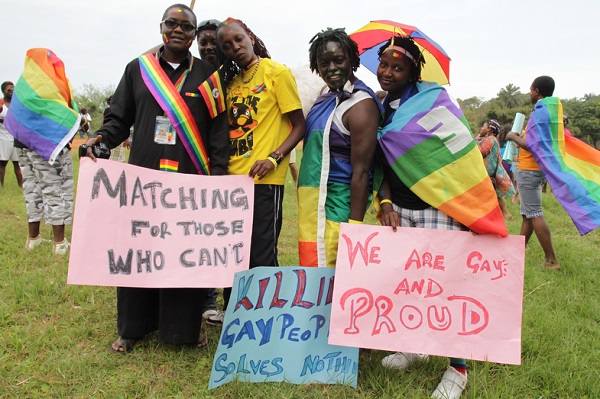 A group of Ugandan scientists have endorsed a study showing being gay is natural.

Uganda’s infamous anti-gay laws were justified with a study which Ugandan MPs claimed stated: “Homosexuality is not a disease but merely an abnormal behaviour which may be learned through experiences in life. In every society, there is a small number of people with homosexuality tendencies.

“The practice needs regulation like any other human behaviour especially to protect the vulnerable. There is need for further studies to address sexuality in the African context.”

It was later found that the study claimed no such thing, and the politicians had been deliberately highlighting phrases which already suited their views.

Diversity in Sexuality is notable as the first pro-gay study conducted by black African scientists, which may help fight the idea that gay people are a result of Western, white influence.

It states: “There is now a wide global consensus among scientists that homosexuality is a normal and natural variation of human sexuality without any inherently detrimental health consequences.

“In this context governments have a duty to consider scientific perspectives and draw on the most current scientific knowledge when creating policy and enacting laws.”

Uganda has been in the spotlight for its harsh treatment of LGBT people for many years.