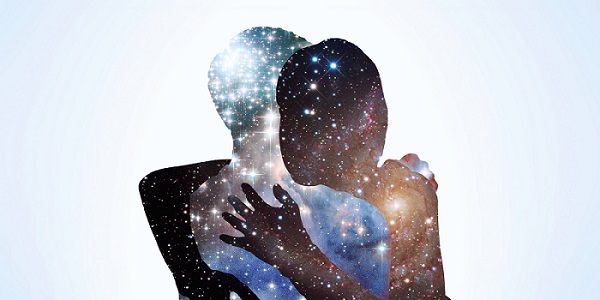 I’ve often wondered why affection between two females does not draw the same wrath that that between two males does. It is not a new thing to see two girls walking down the street, holding hands together, or even to hear them referring to themselves with endearments, circumstances that do not raise any eyebrows.

But when males engage in such intimate acts, people will start talking.

There’s this girl in my faculty who always dresses as masculine as she can pull off – the huge boots, short and colour-sprayed hairstyle, baggy jeans and oversized polo, and instead to causing an outrage with her unconventional dressing, she got catapulted into popularity. Guys are either trying to befriend her or nail her.

But a guy who wears tight-fitting clothes, speaks softly, spiritually flying his Brazilian hair (and possibly effeminate to boot) is branded gay by the straight folks and dismissed as disgusting by the gay ones. If you’re seen exchanging pleasantries with you, you get tarred by the same brush. Laugh with him, you’re gay. Walk side by side with him, you’re gay. Visit him at home, maybe just to borrow some salt, and – Oh my God! – you must be his partner and so gay.

Awhile back, I was studying inside a classroom hall, for a test I had the following day, when this group of Theatre Arts students came into the hall. The moment they swept in, it was as though they came bearing a tornado of noise, shakara and disturbance. They spilled out all over the hall, some of the guys coming over to my corner to shake hands.

Then they started singing, the girls adding phonetics to some Igbo song that I didn’t recognise at first. Lyrics like ‘Imela, imela Jehova imela…’ became ‘Email-her, email-her, Jeyoveh email-her.’ Filled with annoyance at their disturbance and the irritating remix of the song, I wanted to take a very nice cane and whip them all…well, excepting the guys of course. After the singing, they started dancing. I should have left the hall by now, right? Well, I didn’t! I noticed one guy with the most succulent cakes I’d ever seen on a guy, dancing along with the rest of them. His dancing was sensual and – for a lack of a better word – neutral; not too P-Square and not too Korede Bello.

They later ended their production (as they always call it), and began preparing to leave the hall. I was a bit miffed by this, because, well, their leaving meant Mr. I-Dance-With-The-Nicest-Cakes would also have to go. *sigh* But then, this write-up isn’t about all that drama, no.

In the hubbub of them leaving, two of the girls embraced each other quite snugly; and then, one said, “Goodnight Viva, I love you.” To which the other replied, “I love you too, baby. Take care.” And they left the room, with everyone talking and going his or her own way as if to say they’d not noticed the exchange of intimacy between the girls.

And so, I wondered: what if two guys had done the same thing – come into a hug and tenderly bade each other goodbye with an endearment? They’d either get beaten pink-and-blue, or get shipped off to TB Joshua for deliverance.

Such double standards gall me to no end. A woman is hailed for exhibiting her inner masculinity, and a man scorned for being in touch with his feminine side.

I remember a while ago when a friend kicked up a furor on Facebook when he addressed someone else (male) as ‘Dear’ in an inane comment on his Timeline. Of course, the comment lost its inanity, because of that single word, and other commenters came for blood at this friend’s daring. How dare he call another man ‘Dear’? What is he, a homo? And on and on.

But throw in a little bit of man-on-man action, and even straight women would recoil in horror.

Such double standards tick me of, and are one of the reasons why I think equality in its entirety is a long way from coming to society.

25 thoughts on “Their Eyes Are Watching Them”