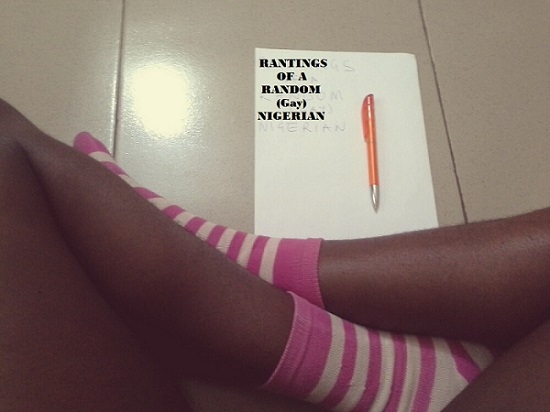 I have often talked about my disdain for (many) civil servants; they are often the laziest, meanest and rudest bunch of people who to serve the public. I reckon I am generalizing as I have no empirical data to support this claim. However after having dealt with soooooo many of them, I think I can make this statement. In the course of my job, I interphase with lots of government agencies, and quite honestly, any day I have to go to any government agency is never a good day for me. I dread such days.

Let me share one experience with you guys. Very recently, I went to the Ministry of Health to sort out some issues regarding the HIV management programme of Rivers State that we are involved in. I needed to get some documents from the ministry which someone high up the food chain needed to prepare a report.  Now government offices are mostly labeled wrongly; so reading the signs to find the office that I was going to was a big fail. I also had to take the stairs to climb to the 12th floor of the secretariat. After my experience at NNPC office here in Port Harcourt, when my colleague and I were stuck in an elevator for almost thirty minutes, I made a mental note never to take the elevator in a government-owned building; besides I am very active so taking the stairs wasn’t so bad.

When I finally located the office (after being redirected four times), the man who was supposed to give me the document was sleeping soundly on his desk while his colleagues chatted away. I tried to wake him and the rest scolded me that the man was tired and needed some rest, and that I should simply wait till he wakes up (yes, you read right). After Snow White (the Nigerian male edition) woke up from his slumber, I told him what I wanted. He said yes, he could give me the documents, but that there was no ink to print them. I suggested he email them to me, and he said their WiFi was not working, so I should come back next week. My Blackberry had a flat battery, so I couldn’t turn on my hotspot. So I begged him to share his hotspot with the computer so he could email me the documents. He refused, saying, “No be my papa work.” This wasn’t supposed to make use of more than a few megabytes.

To save y’all the long gist, I had to get to the Port Harcourt mall, buy two cartridges of ink (colored and black) and came back again to wake up Snow White to print the documents for me. Then he refused to hand me the cartridges, and I nearly brought that office down with the sound of my voice before they were returned to me.

I swear to God, (many) civil servants bring out the worst in me!

Sometimes, very funny things happen to me that I don’t know whether to be angry, amused or irritated over. Sometime ago, I went out with someone I met recently. We had connected on grindr and had been talking for awhile before committing to meet. We hooked up in a night club. Now, I am not much of a clubber as I find the music too loud, the air choking with all manner of smoke and all; but he wanted to meet in a club and I agreed. I think of myself as an amazing dancer, so I did manage to enjoy myself anyway. After the club, he suggested we go to his place (judge nut). Since I already felt comfortable with him and since it was too late to head out to my area, I obliged. During our conversations online, he’d indicated that he lived alone, but I was soon to find out that it was a big white lie.

We pulled up in front of a big house, that is, a gigantic, palatial mansion, and I was uneasy because, in my opinion, there was no way this was just his house. When he got in, the first sign that something was amiss was when we went in through the back and entered something that was clearly a kitchen. The lights were out, but I knew it was a kitchen. And I suddenly became alarmed when I realized we were sneaking – like, literally sneaking in – as though not to rouse someone.

Then I asked why we were sneaking in. And he said, “Erm, my brothers and sisters are around and they may be in the living room. I don’t want them to hear me.” My head nearly exploded. I reminded him that he said he lived alone and I started to mentally bemoan my fate. My flat was empty, as in totally empty, and here I was, sneaking around in someone’s house like an intruder. I turned to leave, but then I remembered we came in his car, plus I did not even know my way out of the house. If I ran into someone on the way out, what would I say I was doing there? What if he disowned me (which was a possibility), I’d be on TV as a criminal quicker than it took GEJ to lose the elections. So I held my peace and stayed put.

Eventually we got into an unlit room and stayed there. I told him I’d be out of the house before 5am. The dude had other things on his mind and started to feel me up, and my slutty body betrayed me so much so that in spite of my resolve not to, I was turned on. We started kissing and groping, and then I glanced around the room and through the dimness, I noticed shoes, bags and dresses. I removed myself from him and got up and turned on the lights. Lo and behold, it was a lady’s bedroom, and judging from the dresses and geles, I knew it was a much older woman’s room – perhaps his his mother’s room. That did it for me and I told him there was no way I was going to have sex with him in his mother’s bedroom. To me, that was the height of disrespect (I still have some traditional values, thank you very much), and we fought about it before he slept. I did not sleep a wink and was out of that house just about 4:30 am (Thank God for my cab driver from my NYSC days).

Now this experience was annoying and insulting amongst other things. I expected the guy to let me know he lived in his family house. I mean, I live alone and we could have gone to my house without any hassles. That was the last time I ever spoke to him, seeing as he even deleted me from BBM before I got home that morning sef.

Last Saturday was very free for me as I had absolutely nothing planned. I had no wedding to attend (Hello, Khaleesi), so I luxuriated at home, lounging in bed and spending the entire day on grindr. Oh my gawd! The drama that grindr delivers is always Hollywood worthy, and that Saturday, I came across all sorts. I chatted with a scat lover who said he was proud of his choices and I told him to knock himself out. I mean, I wasn’t judging, but I think of scat and a gazillion pathogenic bacteria come to mind and I shudder.

Then there was the theatrics of ‘Can I see your picture?’ and you send a perfectly clear picture, but you get one in which they are wearing dark shades. I sha have learnt that one, so I request that you send your own photo first and I return the favor based on the kind of photo you send. Then the ‘What do you do’ question, and you say ‘Student’ or ‘Corper’, and you don’t hear from them again lol. When you give a generic answer, some people want you to pin it down to specifics lol. You wonder whether you should fax your appointment letter together with key performance objectives.

You ask someone their hobby just to get a feel of their personality, and they say sex, and you imagine if the person has sex 24 hours of the day. I wonder what happened to all the smart people. Did they move away from Nigeria? After going through (and chatting) with almost 20 profiles, I could not pick out one I wanted to actually meet. Sometimes I really wish I could do the just-hook-up-and-shag thing, but sadly I cannot. Mental connection must be involved.

On a final note, someone should give a Bottom 101 class here. Hypothetically speaking, some young chap can come to your house, not knowing the rules of “cleaning up” as well as pre-sex rituals, and then end up leaving some souvenirs on your bed sheets, souvenirs that even Hypo cannot get rid of. Let’s not even talk about the smells during the sex itself.

I am not saying this happened to me, mind you. I am merely speaking hypothetically. So about that class, who should give it for the benefit of Bottoms out there? PP perhaps?