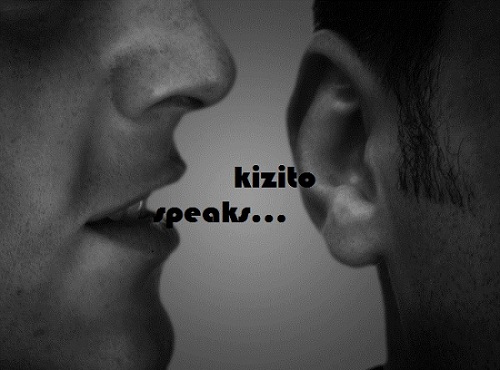 The way I break up is something else. If I don’t text you for a fortnight, hmm, just know it’s over between us. It’s either I’ve lost interest or an incident led to the silent treatment which in turn would lead to the silent death of our relationship. I get bored easily in relationships.

Chestnut’s words are true: ‘Twinks and Teenagers tend to fall in love with more than two persons for lots of naïve reasons. They be like: I love Max ‘cause he’s witty. Roy isn’t witty, but I love him ‘cause of his fashion sense. Remy is nothing like them; but he’s rich and he spends. You gotta love a guy who isn’t ‘Aka Gummish’. Ifreke is just too cute and sexy, he knows how to work with his tools; I love him. George is very smart and intelligent, I’m sapiosexual for this one. I love him. Ah, Henry is the sweet talker; he tells me what I need to hear. He cheers me up with his sweet words. I love him, too. Tayo has got me with his musical knowledge and talent; oh, and his voice is mesmerizing. I love him. Why, I love them all! And, they love me too.’

Dear Diary knew everything. I told it everything, I think. Yea, I told it about the sexcapades, the birthdays, the issues, everything – I think. I wrote about Kel one time, and his beautiful image popped into my head; I drew his profile off-heart. It was perfect. I was surprised at myself for drawing such a matching profile.

Well, we had broken up afterwards and the search for a replacement was on.

2go wasn’t it anymore; the minds there were just feeble. Site for sex freaks. I use the app now for one thing only.

I never knew any other dating/hookup site. So, I was just rummaging about my contact list and chatting up peeps; this led nowhere. Skipping the part where I met some 2go men onwards to when I broke free from my cage and joined the choir in my church. It was then he met me. Donald.

I still wonder at the fact that his lovers think and say he’s got a nice body. In quote, “Dem go say, ‘chei! You’ve got a nice bod’.” Bleh!

Anyway, so one day after choir rehearsals, on my way home (I love walking), he fell in step beside me. I greeted him, he responded. We talked, or rather, he talked.

Donald: Where do you stay sef?

Just then, he received a call. Laughed like a dog. Blushed. Babbled. I was irritated, but I didn’t disclose.

And he ended the call and was all about, “Nna, my boyfriend ehn…”

I blinked again and replied, “Uhm, well, e no make sense sha. I no support the marriage own sha but the anti-gay bill no just make sense at all.”

He laughed. Apparently this guy’s gaydar was very active. It was flaming. He knew. We talked about his boyfriend(s) mostly, till we got to my bus stop. His is awfully close, by the way.

“Gimme your number,” he asked, “so I fit dey call you make I know when you dey go practice.”

I gave it to him. Feeling like, well, I’d be getting along with a fellow chorister at least.

So, two weeks after new guy (Yours Truly) joined the choir, he’d already found his way with solfa notes. He was doing well. Donald was liking him the more. Donald ogled him.

“You know you, this guy… See this guy… This guy, you’re disturbing me…” The regular with Donald. Well, I was getting used to him. I was smiling with him now. And famzing whenever he was conversing with other choristers. We soon began talking about body creams and all, me and him. We gossiped about fellow choristers and who was screwing who in the entertainment industry.

Ah, Badoo. That explained the UcheBadoo, ToluBadoo and things like that I occasionally got a glimpse of on his phone.