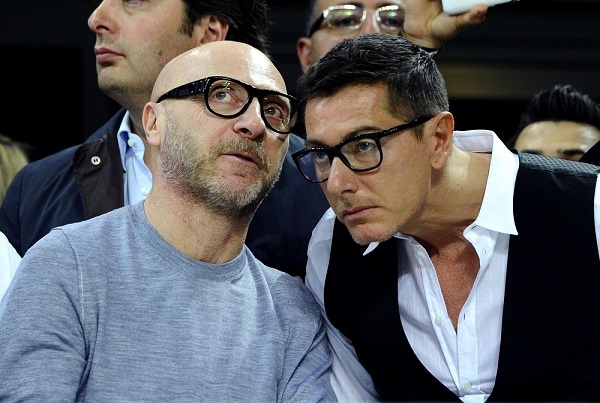 Against yesterday’s Dolce and Gabbana post, a commenter said: ‘There’s something called ‘consequence.’ If you’re ready to express your opinion, no matter how unpopular, then you should be ready for whatever fallout there is to what you’ve said… If D&G wants to talk, fine. Just don’t get all snippy when there’s a consequence. Freedom of expression is all well and good. So is freedom of reaction. You don’t excuse someone for saying something horrible, and then shit on someone else for reacting unfavorably to it.’

I’ve noticed a trend with people who express unpopular opinions on KD. They easily play the victim card, the ‘Hey, I simply expressed my opinion, you’re so unfair for disagreeing with me’ complex, especially if those disagreeing are multitudinous. While I draw a line on the bandying of insults (a failing I know I’m guilty of myself), I think it is awfully hypocritical to say something and bemoan your fate when a lot more people do not agree with you. Of course we all know that YOUR comment is YOUR opinion (for those who like to attach reminders in their comments). But does the fact that the comment is from the minority make it okay for you to expect the majority not to speak against it? What then happens to the majority’s freedom of expression?

For every word you say, every comment you dispense, one should expect a rebuttal, an opposing view that someone else will express in a reaction that would range from mild to inflamed. Again, I have to stress this: I am not championing the predilection for insults. But I have nothing but a sneering disdain for those who wail and lament about how everyone else should leave them and their opinions alone. No one will leave your opinion alone, otherwise you would not have expressed it on a blog. Deep down, you do not even want your opinion ignored. A blog is a forum for interaction, both opposing and complementary. And anyone who deems it fit to say something on it should bear in mind that there is someone else out there who disagrees with him and will want to say so, however vehemently.

It is the lesson Domenico Dolce and Stefan Gabbana should probably take away from this mess that they incurred; that freedom of expression is not a commodity that trades very well in the celebrity market, especially when you are in the business of pandering to the public.

Below is a piece which makes my point, originally published on Pink News, which y’all will find very illuminating. Check on it.

Social media meltdowns are one of my guilty pleasures. Whether it’s public figures who can now bypass their PR people with their iPads and launch a backlash to end all backlashes against themselves, or social media teams who hijack serious and profound hashtags to sell their product, only to find themselves in a spot of trouble for not taking a second to think. Take, for example, the DiGornio pizza company who used the #WhyIStayed hashtag, used to highlight why victims of domestic violence didn’t leave their abusive partners, to tweet “You had pizza”.

The D&G response to Elton John’s boycott has been outstanding in that sense. Any sensible PR person would have sought to apologise emphatically, try to undo the damage by making a small but symbolic donation to a charity related to the issue they’ve been controversial about and, most importantly, do their utmost to ensure the story dies. These tried-and-tested PR objectives were presumably what was going through Stefano Gabbana’s head when he posted a poorly photoshopped image of the famous “Je Suis Charlie” poster, which many displayed after the terrorist attack at Charlie Hebdo, doctored simply to say “Je Suis D&G”. Nothing calms down a social media storm quite like comparing yourself to murdered cartoonists.

The gist of Gabbana’s response and that of his supporters is that their freedom of speech is being infringed by the backlash. One of those defending D&G is professional troll Katie Hopkins – normally a moral arbiter for right and wrong (when she’s saying you’re right, you’re most definitely wrong). She said earlier that “Surely being tolerant is accepting we all have different opinions and should be able to express them freely. Elton could express the alternative view to D&G without calling for every other fawning celeb to turn up and throw rotten tomatoes at their brand”. Put simply, D&G should be able to say what they like without fear of people saying what they like to them in return.

There is a stark difference between disagreeing with somebody’s view and disagreeing with their right to hold that view. Retreating to the “I’m being silenced” camp is a coward’s response to losing the argument. “I’ve got no points left to respond with, so instead I’m going to accuse you of attacking my freedoms”. It’s a nonsense we should all challenge. Gabbana had every right to say what he did and he also had every right to compare himself to those poor people gunned down in Paris a few months ago. Disagreeing with those rights is wrong; disagreeing with what he said is your absolute right, as is boycotting their brand.

It’s a gross mutation of freedom of speech to suggest that whilst one can express whatever offensive view they like, they should be able to do so without being offended in return. When people like Hopkins say “you can’t say that anymore”, what they actually mean is that you can, but people might say things back to you. It’s of the same plane of thought that says a perfectly democratic boycott is pretty much like putting D&G in the stocks and, as Hopkins suggests, throwing tomatoes at them. Why can’t we just respect the views of the people who upset us and be quiet? We clearly have absolutely no right to use our freedom of speech in response to them using theirs.

It’s difficult to see what exactly it was about the backlash that made D&G’s supporters feel like their beloved brand had become a victim of “fascist” oppression. Either way, they are acutely aware of the power of brand. The budget they must put aside for marketing is a direct acceptance that the public image assigned to their name matters – it is directly related to sales and, consequently, the amount of money in their pockets. This boycott is going some way to impacting that and it won’t be long before D&G offers an actual apology – not because they’re sorry for what they said or did, but because they’re sorry it’s caused them problems. So please continue to boycott and, for the sake of genuine freedom of speech, don’t let them get away with framing themselves as some sort of victim of Orwellian authoritarianism. They’re not.

62 thoughts on “Much Ado about Dolce And Gabbana, And Freedom Of Speech”