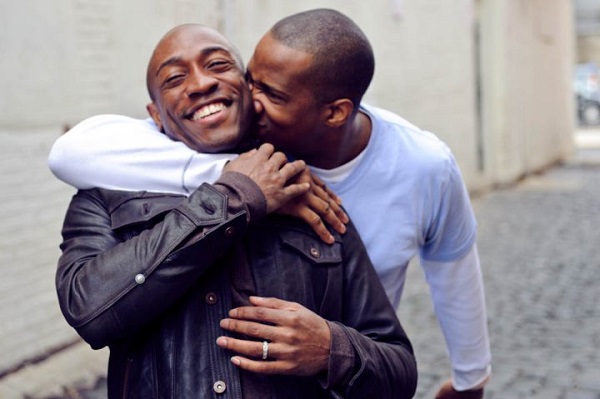 It’s a question of which is better: an exclusive relationship or an open one. Sounds like a no-brainer, right? The answer is pretty obvious. I mean, who wants to share his man with another?

I was having a dialogue with a good friend of mine on the issue of gay relationships, and he expressed an opinion on this, which I’d like to share with y’all. Read below:

‘Seriously, think about it. Exclusive relationships, especially in the gaybourhood, even more especially in Nigeria, on the average, have a shelf life of two months. If you have on the very rare occasion dated someone EXCLUSIVELY for a year, you become a miracle.

‘Open relationships on the other hand, at least the few ones I know of, strangely last longer than the exclusive ones. Think about it. I mean, it should not be! Yet, it is!

‘Many issues that beset exclusive relationships are entirely foreign to open relationships – for instance, jealousy and constantly having to monitor the bae. “Who are you pinging that’s making you smile this much?” “Who was that one you were talking to for so long?” “Why are you using his pic as your dp?” All that headache, none of which is experienced in open relationships.

‘Since the reason why most relationships break is unfaithfulness, why can’t we be honest and tell ourselves the truth? OPEN RELATIONSHIP!

‘Many will say “God forbid!” but that won’t stop them from cheating. Hypocrisy, anyone? Many who can swear for exclusivity will go ahead and ‘open’ the relationship by cheating and hiding. Who are we fooling? Isn’t it better to be totally honest and do what you feel like doing without having to hide, cheat, clear web histories and clean up BBM? Isn’t all that exhausting?

‘Exclusive relationships are probably a kind of relationship that we are not ready for. Few can, but most seem to be wired for polygamy, i.e. open relationships.’

Well, I don’t know…I used to be very firm with my intolerance of open relationships. I was a diehard romantic, I believed in love, and I figured, if you have taken the time to declare your love for each other in a relationship, then why ‘open’ the relationship? If the excuse is to prevent cheating, why cheat when you’re committed to the one you love? I believed this, and I carried my ideals into my very first relationship. I was absolutely in love with him, and – well, not to my surprise – I had no time for creeping around. I was propositioned, but I just had no eyes for any other but my man.

But the thing is, because I had my eyes for him, entirely on him, those eyes began to seek out thirsty hoes, both existent and nonexistent, who had their sights on him. I became the bitch who would tear a new one into that hoe that just called my man, asking for a hook-up. (lol). We were both young, I wanted the fairytale, and we broke up about three months later.

I didn’t get serious with anyone again for years until recently, and in all that time, I grew up, pondering the issue of relationships, and the virtues of keeping them exclusive or leaving them open. The years tempered my disdain for open relationships with tolerance, and so, when I began dating again, I broached the issue of keeping it open. Not for myself, oh no. I have a thing for falling for you and staying so. I brought it up for him, and for my peace of mind. I was like, ‘You know what? If you’re going to creep, creep. I don’t need to know about it. But you don’t have to make a cloak-and-dagger mess out of it.’ It burned me to concede that, oh how it burned. Lol. But I’m older and wiser and I have been around in the gaybourhood.