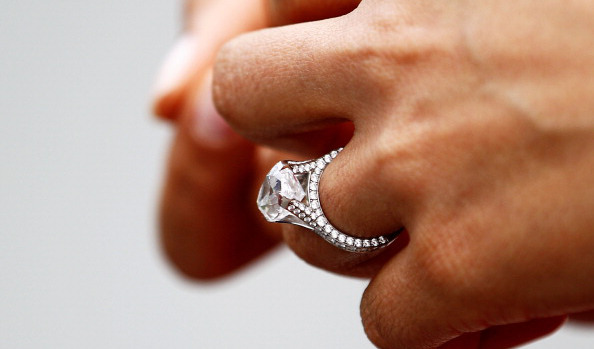 Written by Akin Akintayo, and originally published on akinblog.nl

On the one hand, praise.

A couple of days ago, I celebrated the coming out of Kenny Badmus on both the matter of his sexuality and HIV-status with the hope that his decision will give strength and encouragement to the many who suffer under the societal strictures of conformity and despair.

However, it was impossible for the matter to just end there, because there was one key guiding principle that I had to revisit after a bit of reflection and discussion, the one of people who are hurt by those actions we take when we are faced with other difficult options we refuse to choose.

Now, Kenny Badmus said he learnt this from his father: “Die for your own truth, even if it’s unpopular, but don’t harm others with it.” Indeed, I believe there is a very strong influence of this in his decision to accept who he is, but that lesson has come long after damage has been done.

On the other hand, however…

One cannot ignore the fact that Kenny Badmus’ wife, currently in the middle of an acrimonious marriage spilt, is painted in the very bad light, even if she was culpable and responsible for the situation, according to Kenny Badmus’ side of the story, for continuing the relationship and contracting a marriage with the view of ‘sexing’ him into full heterosexuality.

What I did not read from his mea culpa was a clear sense of the personal responsibility he had knowing his sexuality, his condition and the fact that many might get hurt from his actions.

He, in my view, was a free moral agent; he had the choice not to woo the lady and end up proposing to her, before it culminated in a marriage that lasted six years.

Think about her situation.

One can only imagine the complexities and turmoil the lady would have faced when Kenny decided to begin a relationship, and then she in turn became so emotionally invested in that relationship that she was ready to give all and dare all in the hope that it would succeed.

Besides, one cannot begin to understand the whispering campaign that might have gone on behind her back within the Nigerian society, if at any time it was ever suggested that she was at fault for not being able to meet the full spectrum of the sexual needs of her partner.

I am coming very fast to the conclusion that the lady deserved better and a lot more from Kenny Badmus. That she is lashing out furiously in court, seeking the full visitation of the anti-gay law on Kenny Badmus, simply makes clear the utter sense of betrayal she feels about whatever intentions he had for her in the first instance and how he went through it all as if he had no will or say in the matter.

She however, as Kenny Badmus gets on with his new life of renewed celebrity and acceptance, will have an uphill task of removing herself from the category of ‘damaged goods’ in a society where once-married and then this intrigue of sexuality and HIV-status will always come to play, if she were to start a new relationship.

Sadly, her trust in men will also be undermined; to what extent, one can never say. It might well be best to extricate herself from that society and community to build her life again in another country.

Kenny Badmus took his time to fulfill what he called societal pressures in getting married, and in doing so, he did not really die for his own truth at that time. He took the popular choice of a society wedding. And people have been harmed. Starting with his wife; then if there is any offspring, they are probably confused; his in-laws are probably scandalized; his family is probably embarrassed; friends who would have preferred discretion in association with him, his business, business associates, all have been harmed to some extent, from minimally to quite seriously.

Apart from the good of coming out, Kenny Badmus is no saint, not by a long hard mile. One must feel the most for his wife; she was never going to be able to compete for Kenny Badmus’ sexual satisfaction, and I blame that on the fact that we have too conservative an understanding of sexuality and its expression in Nigeria.

Yet, there are many who have gone the Kenny Badmus way, their wives none the wiser that their men are on the down-low. Many are going to get hurt eventually, either in the secrecy that brings the unpalatable back to the matrimonial home, or in the publicity that might end up destroying everyone involved.

We can make very hard choices and in the process save people from being harmed. I will submit that Kenny Badmus did not make that choice when he should have in the first place. He should share a larger part of the responsibility for the way things have turned out.

Die for your own truth, even if it’s unpopular, but don’t harm others with it!

88 thoughts on “NOW, A THOUGHT FOR KENNY BADMUS’ WIFE”