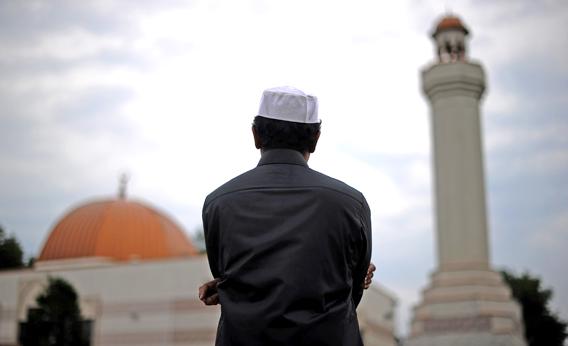 I clenched my teeth in anger, feeling the darts of his preaching pierce every part of me. I wanted so badly to scream and shut him up, to tackle him with my own arguments against his (and our collective) religious dogma. A dew of sweat trickled down my armpit, a testament to the uneasiness I felt as I sat on the rug in the mosque, sandwiched between two heavily-bearded and obvious Islamic radicals who nodded in agreement to all the imam was preaching, occasionally whispering “Allahu Akbar” and “Adhusubillahi” respectively to whenever God’s grace and blessings and abominable actions were mentioned by the imam. It was as though that elderly man at the front had me in mind when he chose the topic for the day’s jum’at service sermon.

My hands intermittently and instinctively clenched into fists, itching so badly to smash the jaws holding the thousand strands of long facial hair on the imam’s chin.

“Homosexuals would on the day of judgement be lined at the very bottom of the pit of hell,” he railed. “Right there, they shall suffer a very great torment, my brothers and sisters in Islam.”

I shook slightly on the rug where I sat, feeling uncomfortable, muttering “I’m sorry” to the men who sat beside me, who I supposed I was disturbing. They probably felt I was shaking in annoyance and disgust of the Islamic “infidels” the imam was preaching against, and merely smiled understandingly in response, muttering that it was okay.

But to me, it felt as though everyone could see right through me, that I was gay, and as much as I felt like getting up and stalking out of the mosque, it felt hard to do so, because I feared I’d attract the collective gaze of the congregation, which would follow this suspicious, queer-looking, ‘pretty’ boy in a flowing, gold-coloured jalamia. So, I stayed put, enduring the sermon and wanting to cry. Oh, how I wanted to cry!

“It’s beyond me how a man – a full-blooded man – will choose to lie with his fellow man! Ah! Adhusubillahi mina shaytani rajim!” the imam declared.

Choose? Seriously? I thought wrathfully. You think I woke up one day and felt, oh how amazing it would be for me to have sex with a guy. How stupidly-ignorant can you get!

“Fear the day of recompense!” he continued, shaking a fist at the worshippers. “If anyone you know indulges in this act of abomination, please urge them to stop for their own sake!”

Oh yeah! Like it is a fashion accessory that I can drop when it’s no longer in vogue, I groused inwardly.

Finally, after some more preaching that made me feel as though I was being skinned alive, the imam called for us to pray.

I felt relieved when the jum’at service was over. However, the imam’s preaching kept playing on repeat in my mind as I walked back home. In truth, I couldn’t blame him much; he was simply relaying what is in the holy books. The issue left me feeling confused, guilt-stricken and wanting answers to a lot of questions. If religion didn’t have answers to genuine issues and questions pondered on by people like me who didn’t choose their sexuality but simply happened to be fated with, it would only be a matter of time before religion would become old-fashioned, not just to gays, but a lot of others whose need for love and affection isn’t covered by the holy books.

When I got home, I went straight to my room, undressed and went into the shower to cool off. I took the stereo remote with me, and I turned it on from the bathroom, shivering in instinctive delight when Beyoncé’s ‘If I Were A Boy’ sailed through the speakers. I hummed along, smiling as I unconsciously remixed the title in my head, given the situation I was in. As Beyoncé sang about gender, I thought about sexuality, wondering what ‘If I Were Straight’, as the water sluiced down over my body.

I pondered what my life would have been like if I were a straight guy. Would I be a homophobe? What would it feel like to dip my penis into that thing called the vagina? Would the sight of gays disgust me? Or would I be tolerant? As a gay guy, am I just being humane and tolerant of people who are ‘inadequate’, not discriminating against them because I know what it feels like to be discriminated against?

All this I muttered to myself as I subconsciously remixed the Beyoncé song in my mind:

And with the chorus playing out in my mind came the tears from my eyes, a steady stream that intermingled with watercourse flowing down my body, a series of sobs that shook my body as I thought about the life I might have had if I were a straight man.

56 thoughts on “And If I Were Straight”