And it’s even more draconian than the Anti-Homosexuality Act, struck down earlier this year. 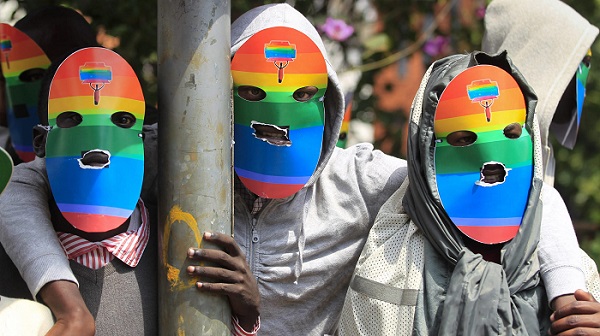 A committee, comprising leading members of Uganda’s ruling party, has prepared a new draft of legislation targeting LGBT people, according to Nicholas Opiyo, a human rights lawyer who obtained a leaked copy of the proposal.

The legislation will replace the Anti-Homosexuality Act, which was struck down on technical grounds in August following a global outcry.

Opiyo, who is one of the lawyers for the legal team that successfully challenged the Anti-Homosexuality Act, said his sources “in cabinet and on the committee [working on the bill] have confirmed that this is the real draft bill” and that it has been sent to the office of President Yoweri Museveni and newly named Prime Minister Ruhakana Rugunda.

The new bill, dated Oct. 29, is called the Prohibition of Promotion of Unnatural Sexual Practices Bill of 2014. Opiyo said, “It appears even worse, even more draconian than the law. It is intended to replace by going into much greater detail about what activities are criminalized.”

The Anti-Homosexuality Act, which Museveni enacted last February, imposed up to life in prison for homosexuality and made it a crime to ‘abet’ homosexuality. The new proposal goes even further in prohibiting efforts to promote LGBT rights, and also includes a new section that make it a crime to provide “funding for purposes of promoting unnatural sexual practices,” which might be aimed at cutting off funding for human rights organizations promoting LGBT rights. It also makes it a crime to “make a representation … by whatever means of a person engaged in real or fictitious unnatural sexual practices.”

President Museveni had been making public efforts to try to quash calls from lawmakers to revive the legislation, including publishing a lengthy article in one of Uganda’s leading magazines that argued that restoring the bill would damage Uganda’s international trade with countries that support LGBT rights. Many view the committee that produced this draft, which Museveni’s party organized shortly after the Constitutional Court struck down the Anti-Homosexuality Act, as being designed to bury the bill and avoid another confrontation over LGBT rights.

It’s not clear how fast — or whether — this draft will be brought before parliament, though more than 100 lawmakers signed a petition in August calling for immediate action to restore the law.