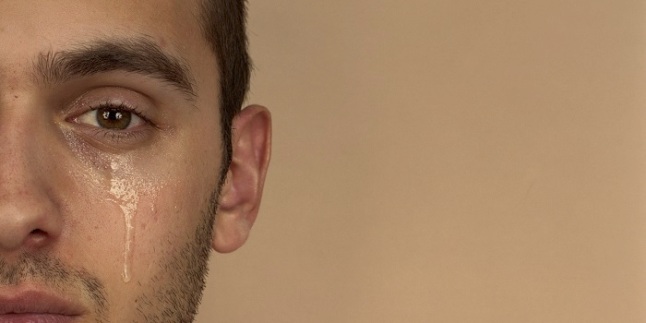 My name is Lexy, I am in my mid–twenties and I live in the Oil City of Port Harcourt. And this is my Kito Story.

I have over the last few months been reading the other kito stories published on this blog and have been struggling and agonizing over whether to tell my story or not. Eventually, I decided to write, even if doing so brings back haunting and painful memories. If this story can serve to stop someone else from falling victim like I did, then I believe my agony and pain would at least have borne something positive, however small its significance

Max was one of the first few friends I had on Facebook. We chatted often there, and over time we grew really close. Max is gorgeous; he’s of mixed origins, with Mediterranean/Middle Eastern features, flawless alluring skin and a face that made all sorts of wanton thoughts run through my mind each time I looked at his pictures. Despite my deep attraction to him, I resisted his persistent invitations for me to visit him. I don’t know, perhaps my sixth sense had already picked up on something that my other senses, beclouded as they were by my attraction to him, had failed to see. I always felt a faint unease about Max, despite his charming looks. I couldn’t explain it, but this small voice always held me back each time I was close to deciding to pay him a visit.

And then, it was around Christmas 2011, when the city of Port Harcourt was devoid of its usual hustle and bustle as its millions of residents made their way to their villages to spend the Yuletide season with their relatives. My family had decided for some reason not to travel that year and most of my friends were out of the city. I was restless and bored.

As if on cue, Max’s message came in just as my boredom had reached an intensity I never before knew existed. I was desperately bored and craved some company or romance, or a mixture of both. The moment he sent an invitation to visit, I shrugged off the small voice in my head which warned me to exercise some caution and hurriedly got dressed. A few minutes later, I was in a cab heading towards his abode. I got to his street and there he was, my gorgeous sexy Prince Charming, waiting to pick me. My soul and body yearned for him as I alighted from the cab and walked towards him. He was every bit as handsome as I had hoped. There and then, I even began to entertain some thoughts of dating him, or going steady with him, so strong was my desire – or shall I say, lust – for him. The small voice still quietly implored me to exercise caution, that it wasn’t too late to come up with an excuse, any excuse to turn and leave, but I was too far gone down the road of enchantment to listen or care. I angrily shushed the small voice, chiding it for having too many trust issues and thereafter, I readied myself for whatever fun and pleasure the afternoon held.

We walked to his house and went in. A girl sat on the bed watching TV; he introduced her as his girlfriend. Her presence in the house when he was expecting a guy for a potential hookup looked odd to me. After we exchanged pleasantries, she left and I was alone with Max. I was deeply pleased about this and we talked about random topics for a bit while he entertained me lavishly with drinks, chocolates, cookies etc – I have a sweet tooth, always have. After a while, Max moved to the bed and asked me to join him, I refused as I was a bit worried that his girlfriend might return at any time. He then picked up my phone which I had plugged in to charge when I arrived, and started to look through my picture and video gallery, and requested once again that I come to the bed. I again refused.

By this time, I had started to feel uneasy. I retrieved my phone and charger and announced that I wished to leave. Max got up and walked out, asking me to give him a few minutes to pick up something. I sat down and got busy on my phone. Less than five minutes later, he returned with six hefty, aggressive looking guys armed with knives, iron bars and sticks.

“Na the homo be dis o, make una see am!” he announced pointing to me.

I can never forget the terrible fear I felt at this point, I was trembling all over as my mouth went dry. In that instant, I understood that it’s possible to be scared to death, because my fear had dropped me at death’s doorpost. Even amidst my fear, I still had sufficient presence of mind to recall the small warning voice which I had repeatedly ignored earlier in the day. Waves of regret washed over me in torrents.

The thugs proceeded to tear my clothes to shreds, strip me naked, beat me black and blue, and carry out all manner of terrible assaults on me. I was totally helpless and at their mercy. While all this went on, one of them took out a phone and snapped several pictures while they all thoroughly enjoyed my pain and humiliation. Meanwhile, they had taken my brand new Blackberry Bold 6, which was barely three days old. I had saved and scraped for a while to gather the N60grand which I’d used to purchase this phone.

By the time these brutish thugs had had their fill of beating and battering me, I figured I must have looked unrecognizable. I was a mess and was close to passing out from pain and shock. I guess my saving grace was the fact that my Facebook inbox had several messages which had been sent to me by Max. I insisted that my attackers read the messages and see that Max had actually enticed and seduced me for a long while before I agreed to visit him. Perhaps, this calmed them down a bit, I can’t really say. At the end of it all, my brand new phone as well as all my cash was gone, taken by those thieving thugs.

A kind neighbor gave me an old, ill–fitting set of clothes as well as N200 to cover my transport, and this was how I was able to go home. At this point, for the first time in my life, I felt a deep and intense bout of hatred, at myself for being gay and helpless and thus a victim of circumstances beyond my control, and hatred for Max, for his treachery and cold–hearted deceit.

I eventually got home and ran into my mother. Her alarm turned to intense outrage when I recounted my story to her. She immediately got dressed and we headed back to Max’s place. My mother is my hero and role model, she has always been there for me and I am consoled at all times knowing that if the whole world should abandon me, I can always count on her unending love and support for me. We arrived at Max’s place to find the thugs still there luxuriating in their recent exploit. My Mum confronted them, now she is an aggressive and fearless woman. She looked them boldly in the face and demanded that they return my property. A heated argument ensued with the thugs defiantly telling my mother that she should be grateful that I wasn’t murdered seeing as the area is isolated, that they could have killed me and no one would ever know. Eventually, my mother and I proved to be no match for a gang of heartless and aggressive, ne’er-do-well thugs. She took me by the hand, cursed them and asked them to enjoy the fruits of their actions, and we left.

In the weeks and months following this traumatic incident, I went into a deep and dark depression. I withdrew into myself, bursting into tears at odd and unpredictable times. I no longer felt safe anywhere but inside my room with the doors locked and the curtains drawn. I could no longer trust anyone except my Mum. I was an emotional and mental wreck. I started to act irrationally and illogically. My mother – God bless her heart – was always by me, consoling and urging me to put the incident behind me and get on with my life.

Eventually, after a few horrendous months, I was able to slowly pull myself together and emerge from the haunting shadows. However, even now, close to three years later, I still have serious trust issues. It’s still extremely difficult for me to feel completely comfortable in the home of another gay guy. The memory of that terribly day keeps flashing through my mind.

This is my Kito Story and thank you so much for reading. Please stay safe and never disregard your sixth sense, it’s there for a reason.

LASTWORD (from the Admin): Upon receipt of this story, I asked Lexy if he had any photos of Max so that we can post it along with his story, and let any readers who know him or are acquainted with him, or may know him in future, be advised of the terrible human being he is. And he sent me the picture below. When I saw it, I shook my head in sad recognition of the fact that he truly is in possession of good looks, the one weapon that can successfully ensnare unsuspecting gay guys. 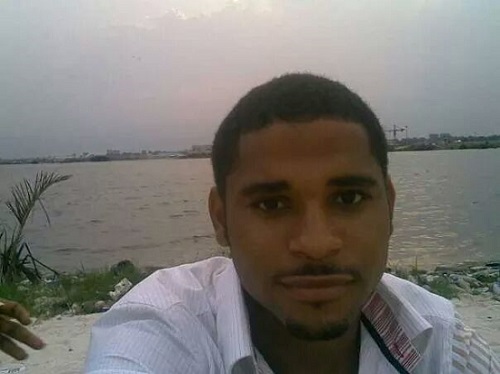 Anyone else with a kito story where he was led into a trap by either a gay guy or friend, or acquaintance who posed as a homosexual just to lure him into the trap, and you have a photos of such a fellow, please kindly submit your story along with the pictures. Let us put faces to the menace, and – according to a Kitodiariesian whose friend’s kito story we once read HERE – let us all contribute to making the gay world safer and a better place, one gist at a time.