i-D Vice, one of London’s top fashion websites, released an article asking “why is it so hard to be gay and black”. They discussed about American musician Frank Ocean and CNN journalist Don Lemon, as well as a Nigerian. 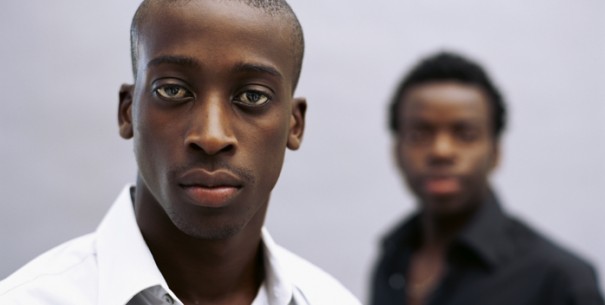 A London based Nigerian journalist, who used the pseudonym Adejola Funmi, shared his experience coming out. Funmi was expelled from his Christian school for being homosexual; it was labeled not ‘Christ like.’ He was later sent to Nigeria, so they could “cast the gayness out”.

Adejola traveled from church to church for deliverance. He shares: “I slept in church for about three days, during that time prayer warriors came around me and were praying… they didn’t give me any food and they’d whip me with branches of palm trees. They were whipping me to cast the gayness out of me.”

To also cure his homosexuality and cast out demons, he was stripped naked and bathed in a river by the church, forced to drink snail water and lick grounded charcoal.

“One should no more deplore homosexuality than left-handedness,” he concluded.

For the full article titled ‘Why is it so hard to reconcile being both black and gay?’ originally published on i-D Vice, read below.

Why is it so hard to reconcile being both black and gay?

R Kelly’s daughter now wants to be identified as a ‘he’. Kelly’s reaction to the news, announced this week, was a little less than enthusiastic. In fact, he’s pretty much flat out in full-blown denial.”You don’t really wanna open it up by saying that my daughter is becoming my son,” he told a Chicago radio station host this week. “Always believe what you see with your own eyes. That’s the best way to go about this business,” he continued, implying that Jay (formerly known as Jaya)’s coming out had been a rumour, despite the fact he’d come out personally in a blog post via his Ask.FM account.

Unfortunately, R Kelly’s reaction isn’t entirely out of the ordinary; especially when taken in the context of the black community, for which homophobia is still arguably an issue. Uganda recently took it ten steps further and passed laws mandating super harsh punishment banning same sex couplings, including life in prison, for “homosexual acts.” But this inability to reconcile being both black and gay is nothing new.

A couple of years ago, CNN contributor LZ Granderson wrote: “In order to be free I have to tell you something. I am black… I know; I should have told you sooner, but I was afraid. After all, I’ve already shared with you that I am gay and well, we all know a person can’t be both.”

While in 2011, CNN anchor Don Lemon publicly announced his homosexuality, a move he was at first hesitant to make. “It’s quite different for an African-American male,” he told The New York Times. “[Gay is] about the worst thing you can be in black culture.”

Yoruba Richen’s award-winning documentary The New Black, released this month, looks into this difficulty in reconciling being both black and gay, arguing that for a people whose marriages and families often weren’t recognised or validated for centuries, the idea of “redefining marriage” or sanctioning “alternative families” is complicated. The documentary also suggests that the black church – so pivotal an aspect in the lives of many black families – is an integral part of the conversation. This, author and historian Donald Bogle suggests, stems back to strict Baptist Church teachings. “Since the days of slavery, and especially through the civil-rights movement, the Baptist Church has remained a pillar in African-American community life, determining not only religious but also social norms. Renouncing homosexuality has been a cornerstone of the preaching of many black ministers, leading to the renouncement of gay life by blacks,” he explained.

Adejola Funmi (name changed) a London residing journalist of Nigerian descent suffered the brunt of this, expelled from his Christian school for being gay as it was not “Christ like.” He was soon sent back to Nigeria in an effort to “cast the gayness out,” forced to travel from church to church for deliverance and exorcisms. “I slept in church for about three days, during that time prayer warriors came around me and were praying… they didn’t give me any food and they’d whip me with branches of palm trees. They were whipping me to cast the gayness out of me,” he told i-D. Funmi went on to explain how he was then stripped naked and bathed in a river by the church, forced to drink snail water and lick grounded charcoal, both of which were thought to cast out whatever demons they supposed were in his body. Gayness, they believed, could only have stemmed from something like a demon.

While, of course, Funmi’s experience is a radical one, the belief that birthed such a reaction is not too absurd in a world where being macho and manly is often a pre-requisite. In the UK, new research has shown that more than half of black and minority ethnic gay and bisexual men have experienced domestic abuse, and that black gay people face double the level of some forms of homophobic hate crime than gay people in general. A 2012 report also found that black and minority ethnic gay pupils are at particular risk of suicidal thoughts and self-harm, partly thought to be due to the fact that they have fewer figures in the public eye they can relate to. But arguably, more and more are starting to open closet doors with NBA and NFL stars Jason Collins and Michael Sam recently applauded for taking steps out of their closets.

Odd Future affiliate Frank Ocean also recently came out as being bisexual in the days ahead of the release of his debut album Channel Orange – undoubtedly a bold move, with journalists, music aficionado’s and Average Joe’s worldwide raising the question of whether (not should!) this would affect his album sales. Luckily for those championing change the world over, the album topped the charts regardless, proving ground breaking both for urban music and the black community in general.

But it wasn’t completely smooth sailing; two years on and Ocean is still being disparaged by some for having come out of the closet, with rapper Game even calling him – and others he deems ‘soft’ – out in his latest release Bigger Than Me. ‘I don’t wanna hear it – weak ass lyrics/Crying on the hook, thinking we gon’ feel it/Frank Ocean go ahead and fuck these fuck niggas’.

But there are also many examples of an increasing acceptance, with new research finding that a “double disadvantage” actually cancels each other out, especially in the employment field. Sociologist David Pedulla suggested, “stereotypes about gay men as effeminate and weak will counteract common negative stereotypes held by whites that black men are threatening and criminal” and thus help in their job search. He was right. The study found gay black men received higher salary recommendations than straight black men and straight white men alike. So not all bad news?

In fact, research also suggests that the idea of being black and gay is something more and more people are coming to terms with, perhaps partially aided by Obama’s support for same sex marriage and the coming out of an increasing amount of prominent figures in the black community, with research finding that black support for marriage equality has increased by almost half.

Coupled with new research that has found that African Americans are more likely to self-identify as lesbian, gay, bisexual or transgender than other racial or ethnic groups and it seems a new sexual revolution is on its way. After all, the more sons, daughters, brothers, cousins, sisters, mothers and fathers that identify as LGBT, the more families have to, out of love, at least try to accept and seek to understand it.

“One should no more deplore homosexuality than left-handedness,” concluded Funmi.