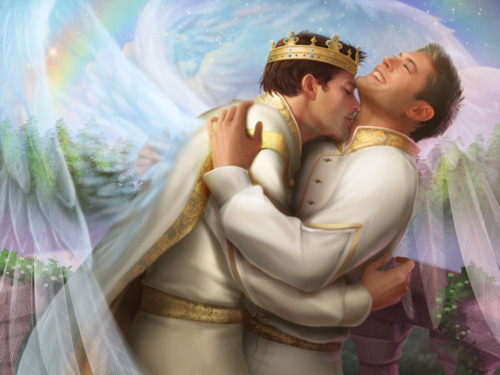 ‘…He went on farther, and in the great hall he saw the whole of the court lying asleep, and up by the throne lay the king and queen. He continued moving, and all was so quiet that barely a breath could be heard, and at last he came to the tower, and opened the door into the little room where Princess Aurora was sleeping.

There she lay, so beautiful that he could not turn his eyes away, and he stooped over her and gave her a kiss.

And as soon as he kissed her, Aurora opened her eyes and awoke, and looked at him with the sweetest expression . . . And then the marriage of the king’s son with Aurora was celebrated with all splendor, and they lived contented to the end of their days…’

I closed my Disney story book with a contented exhalation, and inserted the big, colourful book between a collection of story books in my personal library in the space mom had created for me in the large mahogany bookshelf in the dining area. I was nine years old at the time. END_OF_DOCUMENT_TOKEN_TO_BE_REPLACED

LOL! If only the penis could talk, the things it would say…

No one knows for sure just how many people Patrick Sawyer came into contact with the day he boarded a flight in Liberia, had a stopover in Ghana, changed planes in Togo, and then arrived in Nigeria, where authorities say he died days later from Ebola, one of the deadliest diseases known to man.

Now health workers are scrambling to trace those who may have been exposed to Sawyer across West Africa, including flight attendants and fellow passengers.

Health experts say it is unlikely he could have infected others with the virus that can cause victims to bleed from the eyes, mouth and ears. Still, unsettling questions remain: How could a man whose sister recently died from Ebola manage to board a plane leaving the country? And worse: Could Ebola become the latest disease to be spread by international air travel? END_OF_DOCUMENT_TOKEN_TO_BE_REPLACED

I raised my head and our eyes met. His firm cheek bones elevated as he gave that beautiful smirk I’d been dreaming about all day. He mouthed some words but I could only make out ‘Calling you’. I was too deep in my entrancement to notice any other thing that was going on in the class. The thought of my lips and his – full, luscious and delicious – locking together again in a kiss made my erect cock throb. He was a Muslim . . . and we’ll call him Umar. He was my classmate and we’d been friends for just two terms; it wasn’t long before we became very fond of each other. We’d kissed, once. He was scared, but I wasn’t. That didn’t stop him from kissing me passionately for so long. By the time he ended the kiss, I couldn’t help it, I was hopelessly and utterly in love with him.

Just then, I thought I heard my name. It was faint but I was sure it was my name. Dreamland was however too interesting to leave just for a thought, so I sat there and kept on fantasizing… Well, until a ringing slap struck my cheeks and jerked me forcefully out of my fantasies.

“Fitzgerald! I just said you should go to the board and solve that equation!” the teacher bellowed.

That was when I remembered that I was in my Math class with Mr. Femi. END_OF_DOCUMENT_TOKEN_TO_BE_REPLACED 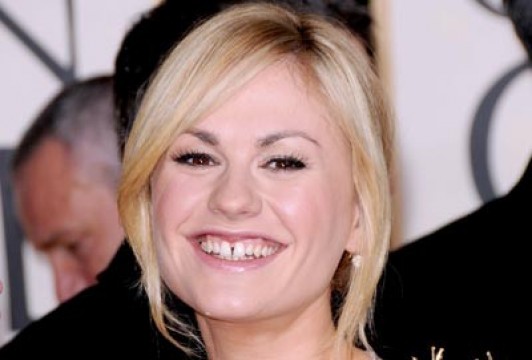 True Blood star, Anna Paquin came out as bisexual in 2010 and is crusading against the crude stereotypes about those who identify as bisexual – or gay, lesbian, transgender, or otherwise.

Paquin spoke about her own sexuality and her relationship to husband Stephen Moyer. In recognition of LGBT Pride Month, she tweeted in June, “Proud to be a happily married bisexual mother. Marriage is about love not gender.”

The X-Men star has been married to Moyer, 44, since August 2010. They got engaged in August 2009 after meeting on the set of the HBO series True Blood.

“The reason I feel like it’s important to talk about this stuff is that the more normal and, frankly, mundane and boring this stuff becomes, I think the better it’s going to be for everyone who is part of our community,” Paquin added.

Hi, I’m Lanre, and the following stories are real life, narrations that serve as a much needed bonus in this kito-ridden Nigeria of ours, to remind us to keep our spider senses on always.

So this rainy day in July, Tersee brought Shamsu home to the lion’s den, to be slaughtered by Lanre’s eleven inch weapon of ass-destruction. And what an ass – all round mound, large as a heifer’s, on a dark skinned corpulent Hausa bitch in a white t-shirt, tight denim jeans and a brown sweater.

They didn’t waste time on the introductions. Tersee’s friend wasn’t much of a talker, he was just a submissive bottom who whimpered and moaned to the script and took dick as much as Tersee’s ‘husband’ could sling. END_OF_DOCUMENT_TOKEN_TO_BE_REPLACED

The Kenya gay community should be allowed to punish and deal with blackmailers, with whatever means necessary, it seems.

News that several alleged gay blackmailers have been killed or beaten by mobs was largely welcome by the gay community especially after suffering for years from a select group of gay men who extorted and stole money, and property from their victims.

The initial case was one where a notorious blackmailer was beaten and stoned to death by a mob that was answering to an alarm raised by one of the victim. Just this month, two other blackmailers were shot dead by police in what was allegedly a case of blackmail gone wrong after their victim alerted the police.

And last week, the last known hard-core criminal and blackmailer, Joseph Makau (pictures above), was beaten to near death by a mob in a failed blackmail attempt at Tassia estate in Nairobi. END_OF_DOCUMENT_TOKEN_TO_BE_REPLACED

I went to get myself tested for HIV. I told some people this and was surprised when they said “Why?” By people I mean my gay friends and acquaintances. First of all, why not? Secondly, things may be worse than I thought when it comes to being responsible. The fact that there has to be a reason to go get yourself checked apart from the reason of “it’s a duty I owe to myself” is a bit appalling. Honestly I don’t think you need to have unprotected sex before you check for HIV. Or doesn’t anyone remember that you can get it in other ways besides sex? At least, do it once a year if you’re the most careful of people, because you can never be too sure.

However there was a reason I went to check. I had unprotected sex about three months ago, and a condom tore around that time. Honestly, the idea of “no condom” seemed exciting at the time, but the months of worry and anxiety that followed was not beans. I’d fall sick and begin to wonder, or I’d read all the HIV propaganda and my heart would beat fast. I don’t think a few minutes of pleasure is worth a few months of worry. I’m going to buy packs of durex as soon as I have extra money to waste… I don’t want excuses for next time. I normally avoid asking people I’m chatting with or interested in whether they use condoms because I think the talk of condoms and STIs is unsexy, but to avoid things getting out of hand, I’ll also have to start doing that. Better to cut things short before we reach the bedroom and testosterone clouds my judgment. END_OF_DOCUMENT_TOKEN_TO_BE_REPLACED

And the Sexiest Church Award goes to – not HOTR or COZA or Winners, but – Mountain Of Fire And Miracles! For printing stuff like these in their magazines. Check the photos out below. 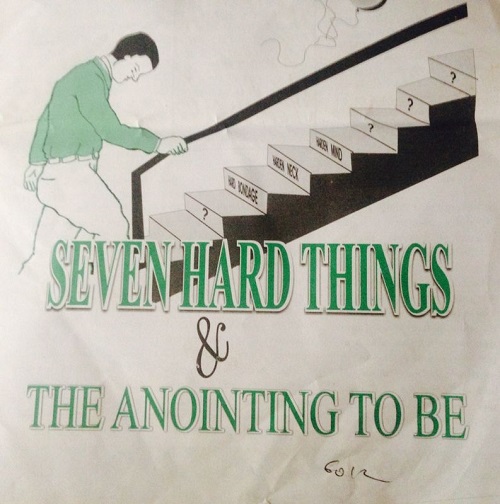 END_OF_DOCUMENT_TOKEN_TO_BE_REPLACED

Society thrives of stereotypes more often than not. And when those stereotypes surround issues that society does not have a firm grasp on, it tends to find it hard to shake off these conceptions. And that is why there are lots of stereotypes about homosexuals which may often times be true, but are simply not as blanket as the general population would like to believe – such as that all gay men are sluts, all gay men want to drill ass, HIV is a given with gay sex, all gay people are religious deviants, yada-yada-yada. These are the reasons why movements for the gay cause exist, to educate society in the need to see us as people first, and homosexuals second. Perhaps, that will help eradicating these pesky conceptions of our sexuality.

But what about those stereotypes that gay people themselves perpetuate amongst themselves? An acquaintance of mine shared something with me, a recent occurrence in his life. And because it’s something that I find galling, I decided to share it here, to know your thoughts on the issue. Here’s what he had to say: END_OF_DOCUMENT_TOKEN_TO_BE_REPLACED