Whoever said the open letters from the tops was finished thought wrong. These bruthas be vexing. I got another letter – this one from someone who’s an ex-lover (Hush! Don’t tell anyone! 🙂 ) – and we shall call him…er, Dexter. Here’s what he had to say. 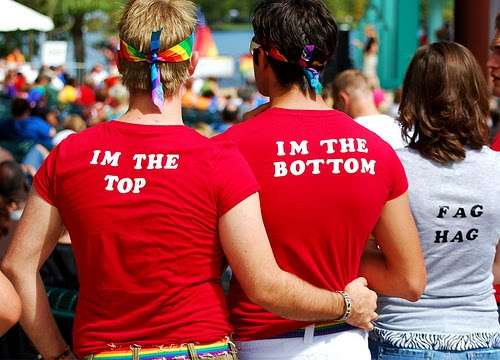 #1 Know The Dick You Signed Up For

Bottoms, after probably asking for pictures, demos and whatnot, then get to the top’s place. And then he whips out his schlong. It’s nice. It’s big. It’s majestic. And then, the bottom be like – What is this?! I can’t take this! Hold on! Gimme a minute. Don’t go so deep!

Yes. It’s a strange word for some of y’all. I can’t speak for all the tops out here. But some of us like to get down there and eat that ass out, and the last thing we want to see is a messy situation staring back at us. Guess what? Seeing that shit on my dick is a major turn off. Douche for chrissakes.

Bottoms, know that when you don’t get a text or BBM ping or Whatsapp message from the top whose screwing you, that it’s not the end of the world. You don’t need to be dramatic about it. We don’t need that shit. Basically, stop with hitting people up with “Hey, stranger” “Haven’t talked to you in a while” “Where have you been hiding?”

Away from you! Duh! When you approach me like a stranger, I be a stranger.

Please know if we make you come, your job isn’t complete. You have other stuff to do. You signed up for sex and by any means necessary, you have to make that top come. Personally, I’m not an advocate of only tops coming and bottoms don’t. But when the bottom does and you be like “you can’t take no more dick” – Bullshit! Make that top nut. Suck it. Jack it. Use it that dick!

#5 To The Grown Woman

Some of us are bi/gay because we like guys. If or when I want pussy, I’d get a woman. I’m not against you expressing yourself, but c’mon you don’t have to uber flamboyant about it. Yes, I’m talking to the Beyonces out there. But then again…one man’s meat is another man’s lousy luck.

I’d like to think Dexter isn’t including me amongst the bottoms who have messed up like this with him o! Lol. Anyhoo, don’t forget to please follow us on twitter: @panther_blog or to SHARE and DROP YOUR COMMENTS. And for any submissions, let us have your stories at pantherptb@yahoo.com.

17 thoughts on “THAT OTHER OPEN LETTER TO BOTTOMS”